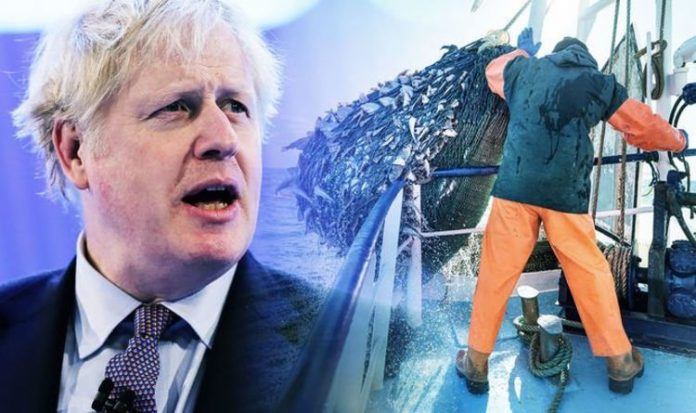 British fisherman Paul Lines told Express.co.uk the UK Government must focus on rebuilding the British fishing sector following the conclusion of the Brexit transition period. Mr Lines called for the UK to turn the tables on the European Union and become a dominant supplier of fish in the marketplace.

Mr Lines said: “You want the raw material to cut up and sell and if we are clever there is a lot of money to be made.

“We could supply half of the fish that Europe needs.

“Instead of their own boats catching it we could be the catchers and suppliers of it, that is our marketplace.

“Fishermen are the ones that will lose out, processers won’t as that raw material will come from anywhere.

“The Dutch, French and Belgian fishing industries have had 40 years of growth, through grant injection and opportunities.”

He continued: “We have had 40 years of demise, Brexit has got to turn the tables on that demise.

“We have got to rebuild the industry and create 12,000 jobs around Great Britain in fishing.

“It is as simple as that and if it does not happen for us Brexit will have been a complete failure.”

The British fisherman also told Express.co.uk that the UK faces a tough “balancing act” in trade negotiations with the European Union regarding UK fisheries following the completion of the post-Brexit transition period.

Mr Lines stated annual talks between the UK and the EU may need to be held to establish and develop the terms and conditions of fishing in Britain’s waters following Brexit.

“Then we can do some sort of access arrangement for foreign vessels to fish in our waters and pro-rota for our to fish in theirs because making a line down the sea on the second of January is not going to work.

“That is a very fine balancing act, but it must not be decided by demands from Dutch and French fishermen who want to carry on as they are.

“It could be the best industry in the world if it is done properly.”