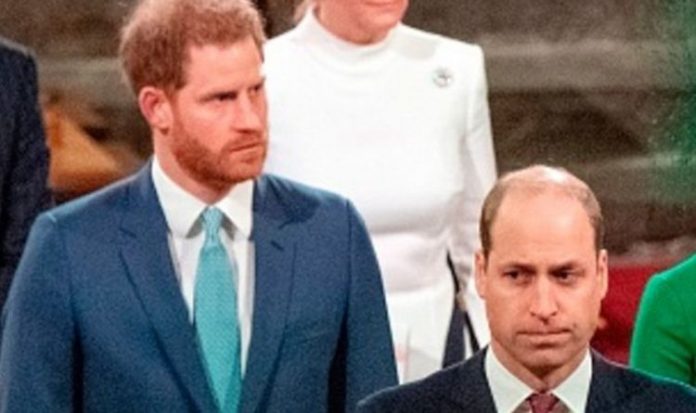 Speaking on Channel 5’s latest documentary, Meghan and Harry: The New Revelations, royal experts examined Meghan Markle and Prince Harry’s break down with the Royal Family following new revelations made in their unofficial biography ‘Finding Freedom’. The book also explores the deterioration of the relationship between Prince William and his brother Harry.

Royal expert Katie Nicholl argued the Duke of Cambridge probably regrets telling Prince Harry not to rush into anything serious with Meghan Markle at the beginning of their romantic relationship.

Prince William has reportedly said to his brother he should have taken his time to know Meghan before rushing into a marriage proposal and building a family with her.

Ms Nicholl said: “I would imagine that if there was any conversation that William could take back, it would be that one.”

Omid Scobie, one of the authors of the new biography, claimed the brothers did not speak for two months after the Sussexes announced they would step down as senior royals.

READ MORE: Kate Middleton has just given a major clue she is pregnant

The royal expert said Prince William was upset with the Duke and Duchess of Sussex for posting their exit plan on Instagram, “damaging the Royal Family’s reputation”.

The two brothers’ cold relations were reportedly caused by what has been called the ‘Sandringham summit’.

This is the occasion on which senior royals planned out how Meghan and Harry would step down.

The two Dukes, on the other hand, do not speak very much.

However, Mr Scobie has said “the relationship between Meghan and Kate really never progressed that far” in the first place.

Indeed, according to extracts of ‘Finding Freedom’, the two Duchesses “struggled to move past the distance politeness” of their first meeting.

One royal expert Duncan Larcombe has said the book might “help clear the air” between the two royal couples.

He added: “It’d be nice to think they could bury the hatchet now, but I don’t think many people think that’s going to happen.”

Prince Harry and Meghan Markle have said they did not contribute to the biography.