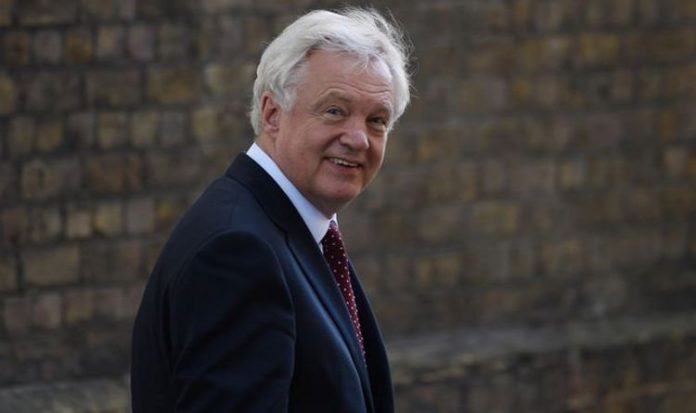 Ministers are drawing up plans for new legislation that could override a key part of the withdrawal agreement. The move could change the nature of new Northern Ireland customs arrangements intended to prevent a return to checks at the border with the Irish Republic. A Downing Street spokesman said it was a standby plan in case the trade talks between the UK and the EU fail.

Meanwhile, Prime Minister Boris Johnson said that, if a trade deal is not reached by October 15, both sides should “move on”, which would still be a “good outcome”.

Although the UK formally left the EU in January, it has continued to follow rules set in Brussels during a transition period – which ends on December 31 – while discussions over a long-term trade agreement continue.

Another round of talks – the eighth – begins today, but neither side is expecting a breakthrough.

As tensions are set to rise in the incoming weeks, an expert in international dispute resolution at the British Academy shed light on the consequences Britain would have to face if Mr Johnson decides to rewrite the withdrawal agreement.

Professor Holger Hestermeyer argued the move could lead to a “right royal mess”.

He wrote on Twitter: “National law that is passed in contradiction of treaty obligations cannot overwrite these obligations – as it is in breach of them.

A Twitter user then asked: “Can EU law that is passed in contradiction of international treaty obligations override them?”

“But it would again result in a dualism problem.

“Which is this: national courts in what are called dualist systems (most states for treaty law purposes) have to apply national law (and EU law if EU member states).

“The outcome then is that the national courts will apply national law+EU law – but this will violate international obligations.

JUST IN: Guy Verhofstadt’s plan to turn UK into Ukraine after Brexit exposed

“Sometimes this can lead to a right royal mess.”

The expert added: “See the US and the death penalty.

“The International Court of Justice ruled against the US twice.

“But US states ignored that.”

Writer and political commentator Nick Tyrone also appears against the idea of threatening the EU with legislation that changes portions of the withdrawal agreement – but for different reasons.

In a recent report for the Spectator, he explained: “It should be pointed out that threatening to back out of an existing international treaty in the hopes of getting a further international treaty agreed is madness, particularly when the two agreements involved have the exact same co-signatory.

“Why would a threat to undo what little has already been assented to with the EU cause them to cave into demands concerning a much more comprehensive agreement? In other words, why would they trust the UK government to abide by the rules of the new treaty when they clearly aren’t willing to follow those set out by the previous one?”

He concluded: “That brings us neatly onto a much bigger problem reneging on any part of the withdrawal agreement involves – why would any possible trading partner in future trust what the UK government says if it breaks an international treaty with the EU?

“This is precisely why countries don’t go around breaking international agreements – you would be announcing to the world that any treaty you enter into isn’t worth the paper it is written on.

“At a time when the UK is looking to enter into a plethora of new international arrangements having left the European Union, it should be obvious why this is a terrible idea.

“Now more than ever, the United Kingdom needs to be building trust with new partners on the basis that the country will do exactly what it promises to do.”