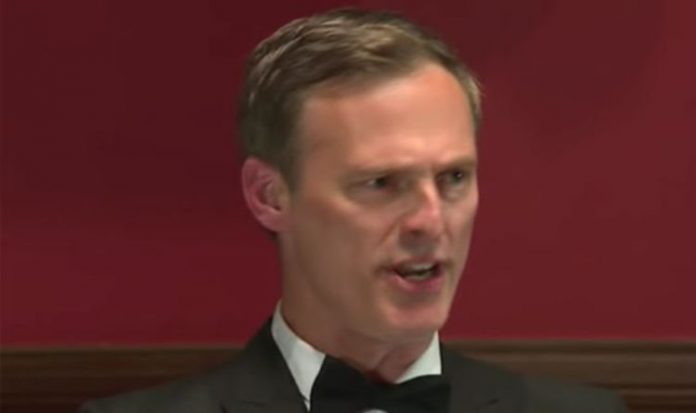 Martin Daubney, a former Brexit Party MEP, posted a number of Remainer claims he argued have since proven to be false. Britain voted to leave the EU in June 2016 though it wasn’t until January 2020 that the exit actually took place.

The UK then remained in a Brexit transition deal until the end of December 2020, at which point the new trade deal negotiated by Boris Johnson came into effect.

On Twitter Mr Daubney, a former magazine editor, posted six arguments he claims have been debunked.

After each he posted a red cross, demonstrating the statements’ falsity.

“We will run out of medicine: See UK v EU vaccine.

“No trade deals: deals with 92 countries.

Over 14.5 million people in Britain have now received at least one coronavirus jab, a figure far ahead of that achieved by the EU.

However according to Kent Resilience Forum lorry movements through Kent ports are back to normal levels, with around 6,000 leaving the country per day.

In 2020 house prices increased by 7.5 percent, the highest level of growth for six years.

There had been concerns about the future of Nissan, which employs around 6,000 people at its Sunderland plant, as a no-deal Brexit would have led to extra tariffs on cars.

However after Mr Johnson’s trade deal was announced the company recommitted itself to Britain.

Ashwani Gupta, Nissan chief operating officer, commented: “Sunderland is one of the top three plants in the world for competitiveness for Nissan.”

Earlier this month the owner of Cadbury announced it plans to bring a section of its Dairy Milk chocolate production back to the UK from Europe.

This will take place at its Bournville factory near Birmingham, with £15 million to be invested in the site.

Since Brexit the Government has signed a number of new trade deals, some of which are effectively replicas of the agreements that existed during EU membership.

International Trade Secretary Liz Truss also announced the UK has applied to join the Comprehensive and Progressive Trans-Pacific Partnership (CPTPP), which contains a number of major economies including Japan, Canada and Australia.