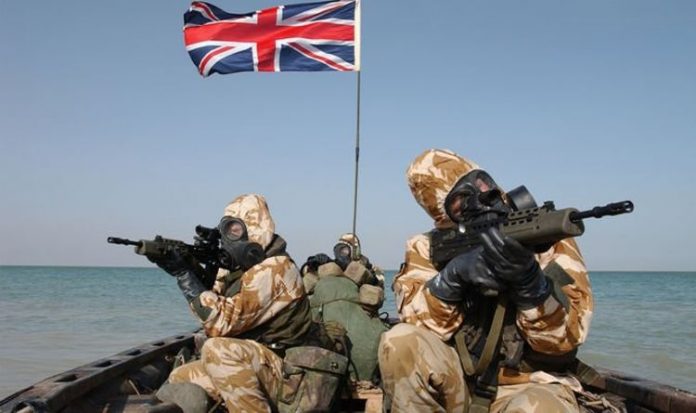 Advocates of CANZUK, an acronym for the four countries it would contain, believe the association would boost Britain’s economy and national defence. Under the proposal Britain, Canada, Australia and New Zealand would agree to free trade and reciprocal migration.

This would give Britons, excluding those with a serious criminal conviction, the right to live and work in the other three CANZAK countries and vice-versa.

Toronto based James Skinner is the founder and chief executive of CANZUK International, a group launched under a different name in 2015.

Speaking to Express.co.uk he argued the new association would immediately become the third most powerful military force in the world, behind only the United States and China.

He said: “I believe the combined military expenditure of these countries would be in the region of about $110m which would make it the third largest in the world.”

This would provide “a significant deterrent against adversarial countries like perhaps China, Iran, North Korea both in terms of physical military capacity but also in terms of cyber security as well”.

Britain is already a close ally of Australia, Canada and New Zealand and their militaries regularly cooperate.

In recent months the UK has worked closely with Australia and Canada over the situation in Hong Kong with the three powers issuing joint statements.

He explained: “It would very much be completely different to what the EU structure is.

“What we’ve always advocated is these countries would work as sovereign independent counties on the international stage, working together for initiatives like reciprocal migration, trade, foreign policy.”

“It would be completely different to what the EU structure is” (Image: GETTY)

A CANZUK International poll found free movement between the four countries has the support of 82 percent of New Zealanders, 76 percent of Canadians, 73 percent of Australians and 68 percent of Britons.

The proposal has been endorsed by Erin O’Toole, the Canadian opposition leader, and is part of the official platform of the Conservative Party of Canada.

The rational behind CANZUK is the UK, Canada, Australia and New Zealand are at a similar economic level, have a shared language and are largely English speaking.

Mr Skinner was clear that, unlike the EU, CANZUK would be cautious about expanding further and would only do so after public referendums.

“For CANZUK to learn from that [the EU] what I would personally favour is if there was at some point to be a CANZUK plus, like with Singapore, I would favour there being a referendum in each of the CANZUK countries.”

According to Mr Skinner research by CANSUK International found the proposal is popular with all age groups, but especially with the young.

He stated: “From what we’ve seen, from the research we’ve done, young people are supportive definitely of what CANZUK is because obviously young people like to travel more.

“The idea of CANZUK to them is a dream, they can go and live and work in these countries, most of the time they can speak the same language, they can get a job, they can get an apartment, they can easily integrate in that society.

“But what we’ve also seen as well is CANZUK doesn’t just appeal to the younger population.

“We also have really great support from those I would say are working professionals to middle-age and those above middle-age as well.”