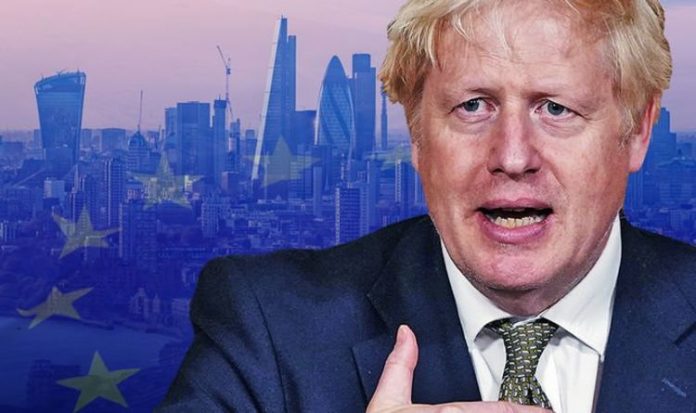 Companies in the UK face being hit with £1.6billion in extra costs over data standards. Researchers for the New Economics Foundation and UCL European Institute found that UK companies could be hit by massive new legal fees if the EU held that UK data standards post-Brexit were not adequate. If there was a disparity in standards between the two regions, it would see a halt in data flows and financially hamper UK companies.

Data is constantly flowing between UK based firms and those in the EU through banks, technology companies, and insurance firms.

The current data transfer has personal information and financial details, but if the UK’s standards are not found to meet the same benchmark as those in the EU, then companies will have to pay legal teams to work around the difference.

When Britain leaves the EU it will no longer have to abide by the bloc’s data protection protocols.

But the EU will require the UK to have a separate “data adequacy agreement”.

Only after this agreement is satisfied can information freely continue to pass between the UK and the bloc.

If both negotiating sides cannot find a deal to satisfy data transfer then companies will need to seek legal mechanisms to find new contractual clauses that will please the EU.

The cost of this legal process will be hefty.

The costs may be met by larger companies but smaller businesses in the UK may struggle.

This is because a deal on user data compliance is not required for the current Brexit negotiations to proceed.

The EU can approve or disapprove of the UK being granted a “data adequacy” agreement.

However, other countries outside the EU are vying to be granted this agreement.

But, EU officials had previously said the UK was at the end of the queue for such a deal.