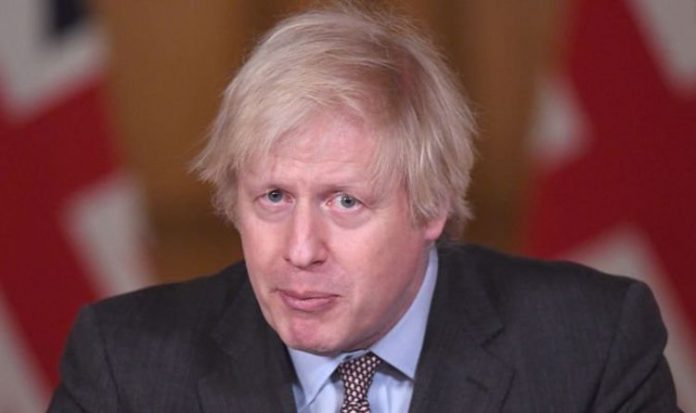 Brexit: UK and EU ‘must work together’ says Thomas Byrne

The plan, known by the acronym CANZUK, would see the four countries agree to free trade, reciprocal migration and foreign policy cooperation. This would allow citizens of the four CANZUK nations to move freely between each other, provided they don’t have a serious criminal record.

CANZUK International, which advocates for the scheme, was founded by Toronto based James Skinner in 2015.

Explaining the policy to Express.co.uk he said: “The vision for it is really founded on the principle of these four countries working together as sovereign independent nations for the betterment of their economies and opportunities for their citizens.

“The way we promote that is through three objectives. The first would be reciprocal migration whereby citizens of these countries could freely live and work in the other countries, minus a few stipulations and requirements.

“Then free trade between these countries would maximise trading potential opening up trade to [markets worth] about $3.5trillion (£2.5trillion).

“The third aspect would be foreign policy cooperation so acting as sovereign nations we could improve on the relations we already have.”

CANZUK would be a new alliance between UK, Australia, Canada and New Zealand (Image: GETTY)

“These countries would work as sovereign independent countries on the international stage” (Image: GETTY)

The rationale behind CANZUK is that all four nations have advanced economies, shared culture and a heavily interwoven history.

However Mr Skinner emphasised the proposal is very different from the European Union.

He commented: “It would very much be completely different to what the EU structure is.

“What we’ve always advocated is these countries would work as sovereign independent counties on the international stage, working together for initiatives like reciprocal migration, trade and foreign policy.”

The CANZUK proposal draws heavily from the existing relationship between Australia and New Zealand, which incorporates the Trans-Tasman Travel Agreement.

This allows reciprocal migration between the two countries for those with no serious criminal record, terrorist links or severe infectious diseases.

Mr Skinner noted: “We’re seeing the rise of authoritarian governments who have a lot of negative sentiment towards the west.

“We’re talking the Chinese community party, factions within Iran, North Korea. It’s always good to strengthen the liberal-democratic alliance alongside the United States and even the European Union.

CANZUK would build on the Trans-Tasman travel agreement (Image: GETTY)

“I believe the combined military expenditure of these [CANZUK] countries would be in the region of about $110billion (£80billion) which also provides a significant deterrent against adversarial countries both in terms of physical military capacity but also in terms of cybersecurity as well.”

The CANZUK proposal has attracted a surge of interest in the UK over the past few years as Britain’s relationship with the EU becomes more distant.

Last year a group of Conservative, Labour and Democratic Unionist MPs created the All Party Parliamentary Group for CANZUK in the Houses of Parliament.

According to research conducted by CANZUK International the proposal is popular with all age groups, especially the young.

Mr Skinner explained: “From the research we’ve done young people are supportive definitely of CANZUK because obviously young people like to travel more.

“The idea of CANZUK to them is a dream, they can go and live and work in these countries.

The Daily Express has been a keen supporter of Brexit (Image: EXPRESS )

“But what we’ve also seen is CANZUK doesn’t just appeal to the younger population.

“We also have really great support from those I would say are working professionals to middle-age and those above middle-age as well.

“In Canada we have a large ‘snowbird’ population, which is those who are 60 years and older who will often in the winter time go down to Mexico to avoid the brutally cold weather that we get here in Canada sometimes.

“With CANZUK they could hop on a flight to the southern hemisphere and spend that money down in Australia whereby the climate is nice and warm, everybody speaks the same language and it’s a very similar culture to them.”

Unlike other international alliances Mr Skinner argues CANZUK would be relatively easy to establish, if supported by all four countries, because part of the structure is already in place.

He argued: “One of the beauties of CANZUK is that in practice its relatively easy to implement compared to other agreements like what the European Union had to do back with the Treaty of Rome.

“The beauty of CANZUK is the legroom is already done with the Trans-Tasman travel agreement between Australia and New Zealand that covers the reciprocal migration with the added security protocols.

“With the closer economic trade agreement that’s already covered as well with Australia and New Zealand with the free movement of goods and services.” 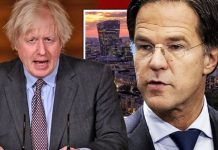 Brexit news: Netherlands fear over trade despite Amsterdam surge – ‘Not good for us’ | UK | News (Reports)