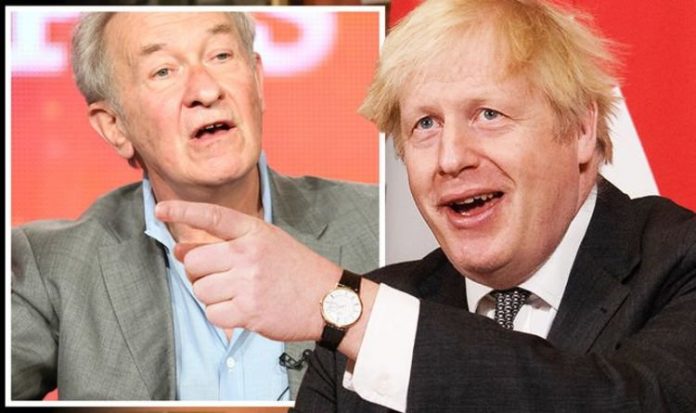 Boris Johnson has urged the British population to “seize” the moment, with the end of the transition period marking a new beginning in our country’s history and a new relationship with the EU as their biggest ally”. But historian Simon Schama has told British-Europeans they can “grieve at midnight for what has been lost, what has been harmed”. He appealed for them to “move on” but instead of accepting Brexit, being the “long, strong, campaign to rejoin” the EU.

Mr Schama told his 165,000 followers on Twitter wrote: “Dear fellow British-Europeans – you CAN grieve at midnight for what has been lost, what has been harmed.

“When they tell you to ‘move on’ DO move on – to the long, strong, campaign to rejoin; however hard the road, however long it takes; it starts now.”

One person replied: “How do I leave the UK and live in the EU? Now a long application process.

“Completely stymied all ways round. Trapped.”

Another wrote: “Did anyone ever question why Brexiters were termed Brexiteers, making them sound heroic like Musketeers? Remainers weren’t Remaineers.”

“Instead, I will use all stockpiled food for the next six months or more in my own version of Brexit inspired #austerity.

On Wednesday evening, Prime Minister Mr Johnson thanked MPs and peers for passing his post-Brexit trade deal with the EU, urging the country to “seize” the moment when the transition period ends at 11pm on Thursday.

He said in a statement: “I want to thank my fellow MPs and peers for passing this historic Bill and would like to express my gratitude to all of the staff here in Parliament and across Government who have made today possible.

“The destiny of this great country now resides firmly in our hands.

“We take on this duty with a sense of purpose and with the interests of the British public at the heart of everything we do.

“11pm on December 31 marks a new beginning in our country’s history and a new relationship with the EU as their biggest ally.

“This moment is finally upon us and now is the time to seize it.”