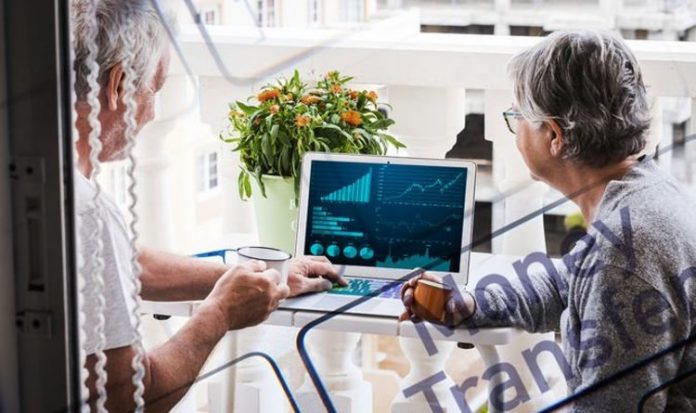 Brexit negotiators were close to reaching a compromise on the contentious fishing issues over the weekend, but missed European Parliament’s deadline of Sunday, at midnight. Brussels said it would not consider voting a deal past midnight on Sunday, which means, even if a deal is reached, the UK could hang in limbo for the first few weeks of January. On top of the uncertainty over a trade agreement looming, many EU states have now banned any travel from Britain over fears that the “out of control” UK coronavirus variant could spread across Europe.

The pandemic has therefore left many expats in a sticky situation — while Brexit may mean they have to reach into their pockets just to access their pension pots, too.

Retired British citizens living across Europe may have to pay punitive fees when the UK officially leaves the EU because many British banks will be closing their accounts.

This news follows confirmation from Barclays, Halifax and the Bank of Scotland that they would not be able to take on expats as clients due to the EU’s “passporting” rules.

This legislation enables any company registered in the European Economic Area (EEA) to freely conduct business in another EEA nation.

The UK will be leaving the EEA officially from December 31.

If British banks were to continue offering their services, they would have to examine an array of retail banking regulations imposed by the 27 remaining EU member states.

This would come at a large price which would not be covered by the small customer base across the EU and so many banks do not think it would be in their commercial interest to continue supporting expats.

Journalist David Byers explained: “While the UK state pension can be re-routed through a European bank account without any charge, pensioners who ask for personal or final salary pensions to be paid through an EU bank account will not be so fortunate.”

He added that pensioners could be “exposed to hidden fees and poor exchange rates” when they move their retirement funds.

XPS Pensions Group told The Times that firms charge pension companies between £2.70 (€2.94) and £2.80 (€3.05) for every monthly pension payment to a foreign bank account.

Exchange rates are likely to deal pensioners a huge blow, too.

For instance, savers with Western Union have to sign a declaration which reads: “I understand that the exchange rates applied by Western Union make allowance for the additional services they provide and may not represent the best possible exchange rate on any given day.”

The British banking industry body, UK Finance, noted that banks were still deciding on a case-by-case basis which accounts to close.

However, the number of UK banks closing their EU accounts has grown in recent months.

Fiona, an expat living in the Netherlands, told Which? the Co-operative Bank was closing at the end of the year.

She received a letter which stated: “We’ve recently been advised by the Dutch National Bank that we’ll no longer be permitted to provide cross border deposit accounts for Dutch retail customers from December 31.

“As our records show you currently reside in the Netherlands, we’ll no longer be permitted to provide you with current or savings account products or services.”

Once the transition period is up, most UK banks will stop providing services to expats in the EU (Image: Getty)

Other expats also received notifications saying accounts were to be closed unless they could provide a UK address.

However, the expats have received some assistance from the Financial Conduct Authority (FCA) which warned UK banks that they had to provide at least two months’ notice if they intended to close accounts in credit.

FCA chief executive Nikhil Rathi said banks should be more responsible, adding: “This includes identifying whether closing accounts would cause any particular customers or classes of customer undue financial hardship, taking into account the availability of alternative products.”

Yet, the BBC suggested there was “little chance of many, if any” banks changing course and not closing accounts for the 1.3million Britons who live in the EU — 325,000 of whom are pensioners.