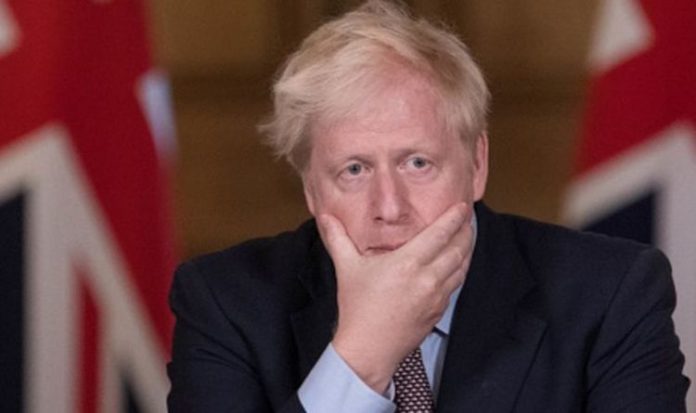 Speaking to Brexit Unlocked, Paul Lines, Chairman of Lowestoft Fishing Alliance, warned EU fishing multi-annual agreements have decimated UK businesses as he urged the Prime Minister to get his act together and strike the best Brexit deal for British fishing communities. Mr Lines shared the heartbreaking story of a fisherman in his town who was forced to watch his boat cut up to pieces because of EU quotas. He said: “I watched a grown man cry because his boat was cut up for decommissioning.

“His sons worked on the boat with him and one of his cousins worked with him.

“That whole family have never worked since. They had to do that under this multi-annual guidance plan.

“Until our politicians actually get and grow a set and realise that jobs are paramount to everything, with this horrible pandemic we’ve now gone through there’s nothing more apparent than you’ve got to create jobs and produce food.”

EU and UK negotiators are to resume talks next week in Brussels with time running out for agreement on a post-Brexit trade deal.

Downing Street said there had been “useful discussions” during the course of informal talks this week but that there were still differences over some “important issues”.

Boris Johnson has said he wants agreement on a free trade deal by the time of next week’s EU summit in the Belgian capital on Thursday.

The Prime Minister has indicated he will walk away from the negotiating table if there is not a deal at that point arguing that otherwise it would be too late to implement before the end of the Brexit transition period at the end of the year.

The latest talks come after Mr Johnson and European Commission president Ursula von der Leyen agreed at the weekend to intensify negotiations in a final push for an agreement.

Speaking in Dublin on Thursday, the European Council president Charles Michel said they had reached a critical stage.

“The coming days are crucial, this is the moment of truth,” he said.

“I have been very clear with Prime Minister Johnson. It’s now for the UK to restore trust and to put all its cards on the table.

“The EU is doing its utmost to find an agreement with the UK, but not at any cost.”