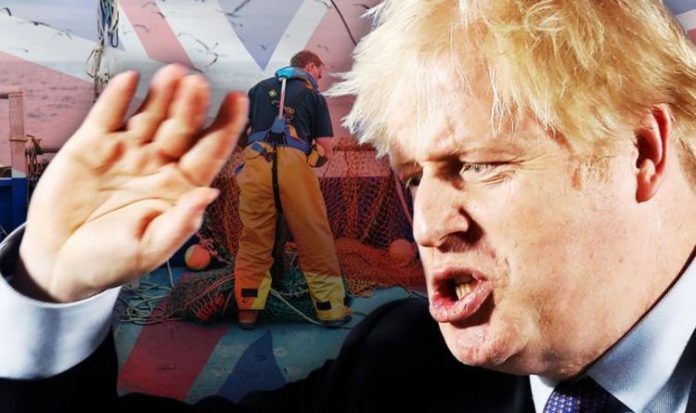 Brexit trade deal talks between the UK and EU continue to struggle which has resulted in growing tensions on both sides. During an interview with Express.co.uk, Queen Mary’s School of Business and Management professor Liam Campling warned these tensions could erupt if an amicable agreement is not reached. He claimed there could be skirmishes between UK and EU boats that may result in the Royal Navy being forced to intervene.

Professor Liam Campling said: “We don’t know exactly how it is going to play out.

“But what we do know is that there will be inevitable conflict around the sharing of stocks and quota.

“This is unless the UK and EU are able to reach an agreement amicably, an agreement that sets things out like quota sharing or another kind of mechanism.”

Professor Campling argued that animosity would continue to grow between the UK and EU if the bloc restricted the UK’s access to the EU market for fish.

He added Brussels will grow more frustrated with the UK if Britain restricts EU nations’ access to the fishing waters.

He said: “These two things will kind of create a conflict zone.

“How it is triggered, who knows as the fishing complex is often triggered in various different ways.

“You could literally have Royal Navy boats in the sea trying to patrol the waters alongside British fishers.

He said: “To do that would require both sides to essentially step back from the brink.

“Fish products have extremely high tariffs, some of the highest tariffs of all product types in the EU.

“They are very significant because they are meant to protect European fishing interests.”