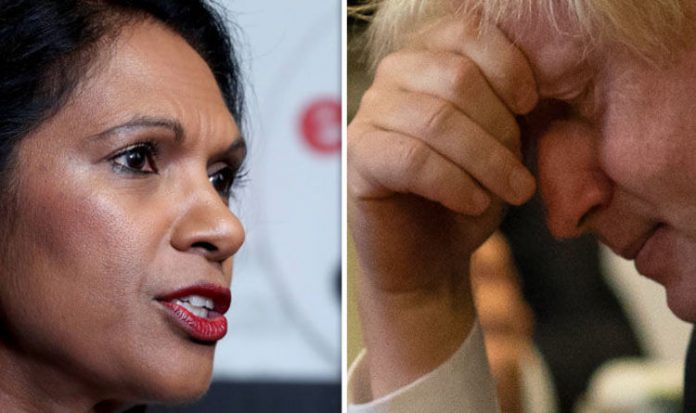 “How can you have somebody who is a repeated liar, be it when he was a journalist or as a politician, leading our country? Surely we’re better than that.”

Ms Miller, who voted to remain in the European Union in the 2016 referendum, said a no-deal Brexit, leaving the EU with no plan in place, would be “so catastrophic I don’t understand why any politician would even consider it.”

She accused politicians of being focused on power and not people, adding: “I couldn’t go to sleep at night with a conscience after reading and hearing what I had.”

Ms Miller said no-one was “straight talking” about Brexit and it had “fallen” to her to offer a “public service”.

While answering questions from an audience after a speech in Dover town hall, she hit out at politicians who had taken a holiday amid the negotiations while she spent the summer travelling the country speaking to voters to gauge opinion.

During the later interview she added: “I do think it’s wrong it’s fallen onto me but in the gap that’s there I have stepped up.”

She insisted her national movement was for everyone, regardless of their opinion, because it was “morally responsible” to let the people decide.

She added: “The whole idea of how you voted two years ago is almost irrelevant. This is real time facts about the likely future.

“As a campaigner I think there is a huge need for information that is clear, straight talking.

“It is what they (the people) deserve.”

Some guests attending the talk told how they feared the M20 would be “backed up with lorries after Brexit” and raised concerns an impact study Kent County Council had apparently carried out into the matter had not yet been published.

Ms Miller said: “It should be made publicly available.”