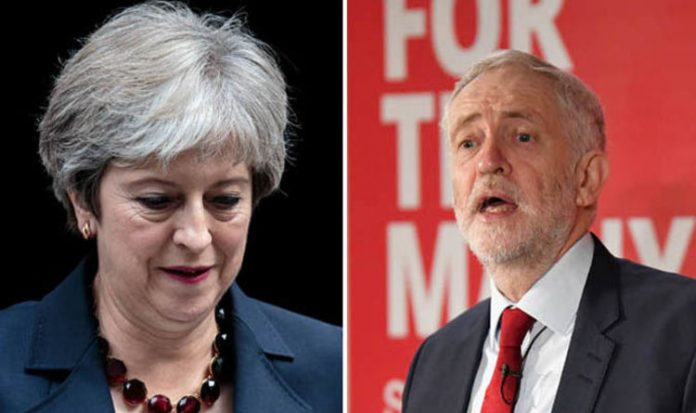 In an interview with the FT Weekend magazine, she said they would not vote for a “flimsy bit of paper” simply because the Government said the alternative was no-deal.

A Labour source said the party’s position had not changed and that Ms Thornberry was simply being “sceptical” about the prospects of the Government reaching an acceptable agreement.

Nevertheless her comments add to the pressure on Mrs May who is facing strong opposition to her Chequers blueprint for leaving the EU from hardline Tory Brexiteers.

Without support from at least some opposition MPs, the Government may struggle to get any agreement through Parliament.

Downing Street is hoping that the prospect of a no-deal Brexit will force critics to fall in line behind the Chequers plan.

However Ms Thornberry warned ministers appeared to be heading towards a defeat, paving the way for a general election.

“They are not capable of governing . . . We’re either going to have a general election in the autumn or we’re going to have it in the spring.”

Her comments will come as a setback to Labour pro-EU campaigners who want the party to back a second referendum instead.

However Ms Thornberry said the Chequers plan, which would see Britain maintain a “common rulebook” with the EU for trade in goods and agriculture, was too vague to work.

“I don’t think this kind of half-in, half-out of the customs union will work. I think it’s just full of red tape and it’s going to cost us too much money. It’s just nonsense,” she said.

The Guyana born former model, who launched Best for Britain to stop Brexit, launched a national campaign to “end the chaos” of Brexit by publishing “unspun facts” so people can decide for themselves what they want to happen next.

Announcing the movement in Dover yesterday, she said “political infighting” and other “bitter” tensions rising from the debate had “mired” the country.