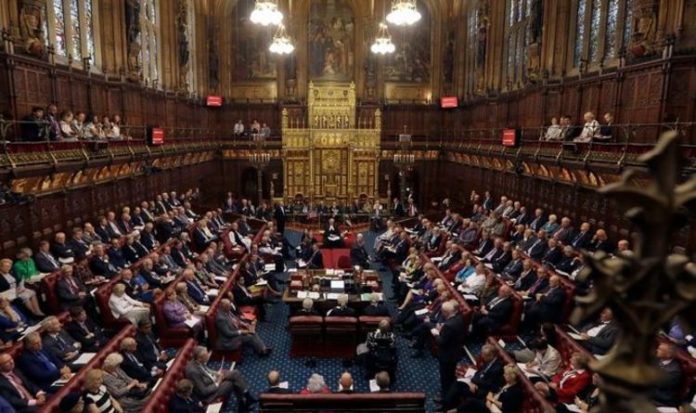 After the EU and UK failed to break the current Brexit deadlock this week, Boris Johnson said businesses should prepare for the end of the transition period regardless of whether the UK signs a trade deal with the bloc. Despite his intent to end the transition period, peers in the House of Lords have warned certain sectors are not ready for Britain’s exit on January 1. In a bold warning to Mr Gove, the EU Goods Sub-Committee said in a practical sense, import and exports arrangements of goods are not ready.

In a letter, penned by chair of the committee, Baroness Sandip Verma, declared peers were “sceptical” over the preparations made post-transition.

Baroness Verma said: “Our Committee is very sceptical that the necessary physical customs infrastructure, both at ports and inland, will be ready.

“The Government has not prepared enough for the realities of moving goods across the Channel.

“It has been too optimistic and this has been reflected in weak and undeveloped contingency plans at every level.

“How aware businesses are of what they need to do to prepare for post-transition is the great unknown.

“This lack of awareness worries us because the smooth movement of goods requires every vehicle to have completed the necessary customs checks in advance.

“The welfare and safety of drivers, which must be top priority, has simply not been properly thought through.

“Disruption following the end of transition will threaten jobs and the flow of essential goods into the UK.

Due to the coronavirus, the Government decided to phase in checks on goods over a six-month period.

Some goods such as alcohol will be checked when entering from the EU but most checks on products entering the UK will be delayed until July 1.

This deadline could also be delayed as the Government hopes these plans may help limit disruptions in Kent.

Other ports will also be used to receive goods when entering from the EU in order to lessen the load.

Questions had also been raised over food shortages with some supermarkets such as Tesco admitting they are now stockpiling supplies.

Despite these fears, chief executive of the Food and Drink Federation, Ian Wright claimed there will be gaps but food supply will not diminish.