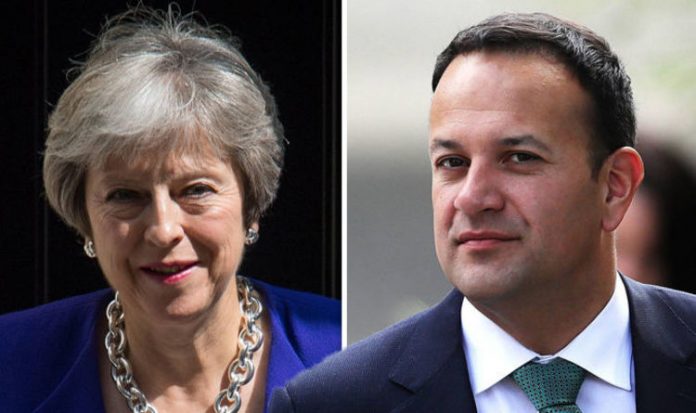 The Irish taoiseach (prime minister) said Theresa May’s collapse in control had made the worst-case no deal scenario more likely.

Mr Varadkar, who has been a consistent thorn in the side of hardline Brexiteers in London and Belfast, spoke out after 48 hours of chaos in Parliament.

After watching Mrs May suffer a humiliating defeat on one Brexit trade bill amendment and scrape victory in three others, Mr Varadkar said: “It’s not evident or not obvious that the government in Britain has a majority for any form of Brexit, quite frankly.”

He said his Dublin government was unable to assume the EU Withdrawal Bill will even “get through” the UK Parliament.

This, he explained, was due to growing “political instability in London” and “turmoil in Westminster”.

As a result his government is stepping up preparations for a no deal scenario, which would once again see the Irish border issue explode into life.

READ  Drinks company that falsified accounts to get £300,000 wound up

Critics argue the amendments, particularly regarding aligned VAT across the UK, now risk the creation of a hard border in Ireland.

But the Irish Foreign Secretary argued even those amendments agreed in Parliament could still be adjusted to protect a soft border.

Mr Coveney said: “People are trying to tie the government’s hands, but amendments and legislation can be changed.

“Brexit is not going to be resolved in London. The real negotiations have to take place with the EU, they will only start in proper this week.

“We should be talking less about the political opposition in Westminster and more about the negotiations that need to happen in Brussels. Everybody is being sidetracked by Westminster, but the British government is still saying that the White Paper is the basis of the negotiations.”

He also warned the political turmoil in the UK was “unhelpful” to negotiations.