Earlier today, Shadow International Development Secretary, Emily Thornberry, demanded the Government place a ban on all food which does not meet UK standards. Firing back, International Development Secretary, Liz Truss insisted refused to bow to the Opposition’s demands. Ms Truss also declared British farmers would be protected and not undercut by any future trade deal.

Not only did he claim the plan was unusual but that the EU currently buys products from countries which would then be banned by any new law Labour desires.

He said: “What Labour is asking for here is a blanket ban on food imports from much of the world, including many countries we buy from now as EU members.

“I get that anti-Americanism plays to some on the Left, but taking it to this level is deranged.”

The issue of the UK’s food and animal welfare standards has been one of the major issues for the Tory party as it looks to secure trade deals with countries across the world.

Heavy scrutiny has been placed on a potential drop in standards in a future trade deal with the US.

The Government and Ms Truss, in particular, has insisted the UK will not sacrifice its high food standards for any trade deal.

The MFN is one of the main tenets of the World Trade Organisation and could be used by the UK where deals have not been agreed.

Under this, the UK would need to apply MFN treatment to any other state which receives it, thus maintaining an equilibrium across all agreements.

In terms of a future deal with the US, some critics have pointed to the practice of chlorinated chicken and hormone-treated beef.

The Government has so far refused legislation to safeguard the UK’s high standards in food production within the Agricultural Bill.

The bill is currently going through its second reading in the Commons and will be debated by MPs on whether watchdogs are given the power to enforce the UK’s standards on imported products.

In further clashes with Ms Thornberry and other MPs, Ms Truss remained adamant over the protection for UK standards.

She said: “I can confirm that we will have a world-leading scrutiny process, comparable with Canada, Australia, New Zealand and Japan.

“That will mean the International Trade Committee scrutinising a signed version of the deal and producing a report to Parliament, a debate taking place and then, through the CRaG—the Constitutional Reform and Governance Act 2010—process, Parliament can block any trade deal if it is not happy with it.

“We are absolutely clear that we are going to stand up for our high standards in any deal we strike, including with the United States, and make sure that the high standards our farmers operate to will not be undermined.”

Chefs and health experts from across the UK have called on the Prime Minister to put in place protections to stop low-quality products being imported.

The group, which included personalities such as Jamie Oliver and Hugh Fearnley-Whittingstall said: “You have heard about chlorinated chicken right? It’s when chicken meat is washed in chlorine to get rid of bacteria from dirty farms and abattoirs.

“It is currently illegal in the UK.

“That’s what could be coming if the Government opens up the floodgates to low-quality food imports in our trade deals with the rest of the world.

“And chlorine chicken is really just the tip of the iceberg.

“If Boris doesn’t do the right thing here’s what else could be coming – milk from cows injected with hormones to make them produce more, beef from cows pumped with artificial growth hormones that are currently banned in the UK.” 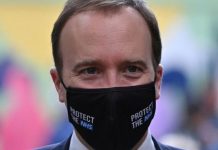 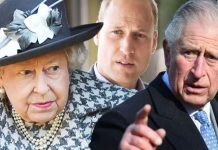 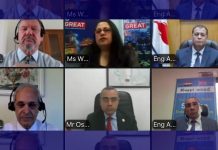