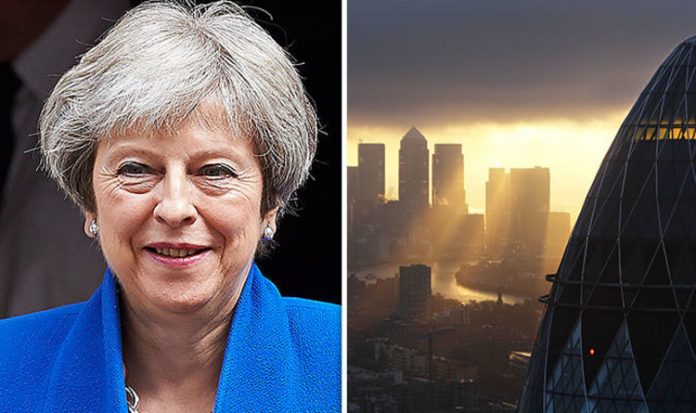 The “business-friendly” proposal seeks to preserve frictionless goods trade with the bitter bloc, and avoid the border checks and tariffs most feared by manufacturing companies.

The Confederation of Business Industry (CBI), which represents 190,000 firms across the UK, said the blueprint was a “good starting point”.

“That is good news – particularly the free trade area for goods, which the CBI and its members have long called for.”

The Institute of Directors has also welcomed Friday evening’s announcement.

Director general Stephen Martin said the proposal seems a “sensible approach to the challenging dilemmas the UK faces in these negotiations”.

He claimed the proposals touch many of the complex issues such as customs, regulations, the Northern Ireland border, while also highlighting the importance for the UK to develop an independent trade policy.

Mr Martin said: “Our members have wanted Cabinet to come together and put the interest of the country first, so firms across the UK will see this as a positive step forward.”

TheCityUk, which is the industry-led body representing UK-based financial and related professional services, also responded to the new “helpful” proposal.

Chief executive Miles Celic said: “It is particularly reassuring that the importance of services has again been recognised.

“We now await further detail in the forthcoming White Paper, not least around the issues vital to our ecosystem: regulation and mutual access to talent.

“In the meantime, we hope that the EU will respond to these proposals in a constructive and considered manner.”

UK, European and Japanese businesses have long complained about uncertainty over the UK Government’s Brexit plans.

In the past few months, an increasing number of firms have warned the Government a bad deal or a no-deal would be disastrous.

Jaguar Land Rover (JLR) was the latest company to issue a warning.

This week the car giant warned investment plans for the UK worth £80billion would be threatened by a bad Brexit deal.