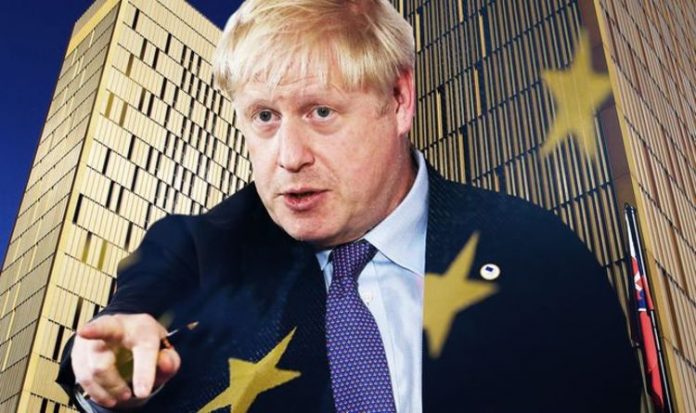 Former Brexit Party MEP Alex Phillips insisted the UK needed to step away from current Brexit trade deal talks with the EU. While on TalkRadio with Mark Dolan, Ms Phillips insisted there were many issues with the current withdrawal agreement. She said Boris Johnson needs to prevent the EU infringing on the UK’s sovereignty and the UK should leave without a deal.

Mr Dolan said: “The Brexit talks have ground to a halt.

“Michel Barnier sounds more depressed than usual and with the clock against us what are the chances of a trading arrangement with the EU by the end of the year.”

Ms Phillips began by criticising the Tory Government for an apparent backtrack on one of their Brexit promises.

She said: “We have actually previously said that if we don’t have a trading arrangement in place by the 30th of June we would then be walking away without a deal.

“We seem to be reneging on that statement already.

“If you look at the fine print of what Michel Barnier said he keeps referring to the political declaration.

“What Boris Johnson tried to do is take the bad stuff out of Theresa May’s withdrawal agreement, stick it in a separate document and then say it is not legally binding and hope that it disappears.

“But the EU is poking Boris every day saying you agreed already in principle to following things like the state aid rules, fishing quotas and the jurisdiction of the ECJ.”

“Under any circumstances, the EU are not going to offer us a normal free trading relationship that doesn’t infringe on our sovereignty.

“That is just not acceptable.”

Both David Frost and Michel Barnier have admitted that a no deal Brexit is becoming increasingly more likely as things progress.

However, both the UK and EU have insisted they are still hopeful a deal can be agreed between both sides.