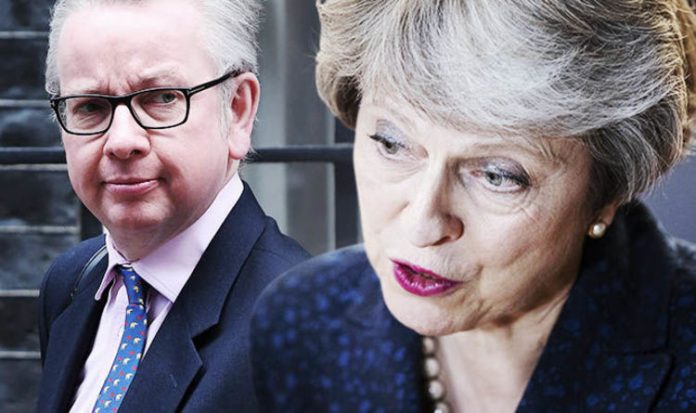 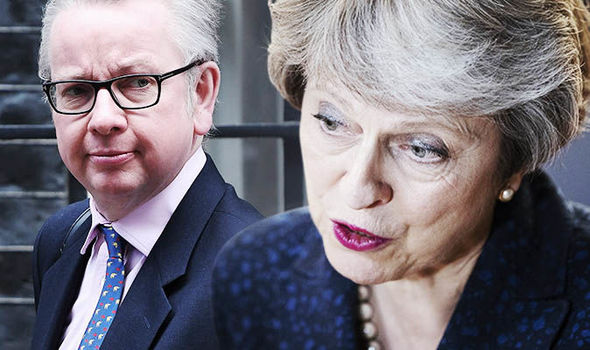 Lead Brexiteer Michael Gove also stepped up warnings to the European Union that Britain will be ready to leave next March without a deal if necessary if Brussels does not mend its ways.

The Prime Minister will brief the House of Commons and then her 1922 committee of Tory MPs today in what could be stormy sessions amid Conservative fury at the details released so far on what the Cabinet agreed on Friday at her official country residence Chequers the Government should seek to agree with Brussels in terms of the post-Brexit UK-EU relationship.

She will insist it is “the right Brexit deal” – and to make clear it is now up to EU negotiators to be ready to step up the pace of talks.

Mrs May is expected today when she briefs the House of Commons to acknowledge there have been “robust views” around the Cabinet table – and a “spirited national debate” around the country since the 2016 referendum decision to leave the EU.

She will stress her plan means leaving the EU on March 29 next year, “a complete end to freedom of movement”, restoring the “supremacy of British courts”, no more “vast sums of money” would be sent to Brussels, “instead a Brexit dividend to spend on domestic priorities like our long-term plan for the NHS”.

The UK will have a ‘lock’ on any new EU rules, while there were commitments to maintain high standards on consumer, working and environmental rights while leaving the Commons Agricultural and Fisheries Policy.

Meanwhile, Britain would have the freedom to strike new trade deals around the world, she will say, stressing bluntly that people are “wrong” to say that is not the case.

The UK will also have an independent foreign and defence policy but with continued security cooperation to keep people safe. 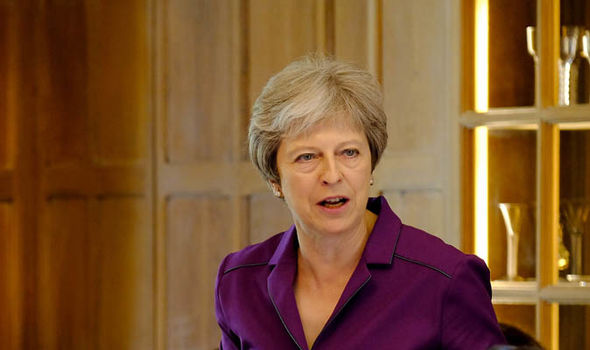 Mrs May will insist it is ‘the right Brexit deal’

“This is the Brexit that is in our national interest,” she will declare.

“It is the Brexit that will deliver on the democratic decision of the British people.”

Conservative MPs were invited into Downing Street all weekend to be briefed by Chief whip Julian Smith and Mrs May’s aides about the deal.

A source said: “We are saying let us explain the thinking behind this, and why it’s a good deal for Britain that doesn’t breach our manifesto commitments or our red lines and does allow us to trade with other countries and protect the border and jobs.

“We have the Cabinet behind it and now we want to get the party and the country behind it.”

A White Paper with full details of what Britain will put to Brussels is due on Thursday.

So far the Government has said it entails a “free trade area” for goods and a “common rule book” for industrial and agricultural products with the power for Parliament to reject new EU rules.

UK courts will pay “due regard” to EU court rulings on trade.

It also promises the UK will have an independent trade policy, leave the Common Agriculture and Fisheries Policies, end free movement and stop paying huge amounts to the EU each year.

Mr Gove admitted the compromise was not all he hoped for “but then I’m a realist.

“All those of us who believe we want to execute a proper Brexit, and one that is the best deal for Britain, have an opportunity now to get behind the Prime Minister in order to negotiate that deal.”

In some cases a pro-Brexit minister was paired with a more Remain-minded colleague to underline government unity and win over critics on both sides.

A joint column by Chancellor Philip Hammond and Brexit-backing Transport Secretary Chris Grayling said: “What was agreed at Chequers on Friday night is a pragmatic as well as a principled Brexit deal, one that works for both the EU and the UK.” 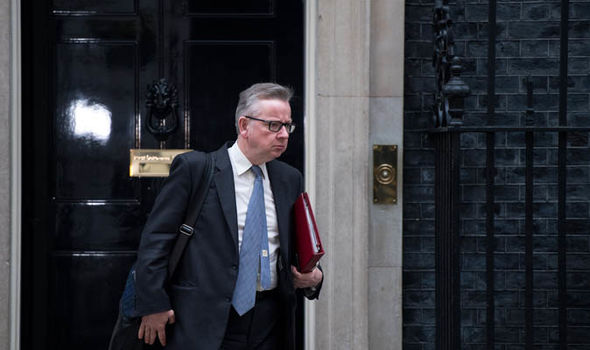 Mr Gove admitted the compromise was not all he hoped for

He added that Labour would not take the option of backing a referendum on the final deal off the table if Parliament voted down the agreement or the UK failed to reach agreement with Brussels.

Labour peer and former EU Commissioner Lord Mandelson said the party should explicitly commit to a second vote and “put the economy first”.

Mrs May told the Sunday Times it was time for the EU to “get serious and address what we’ve put forward”.

She said the EU Commission which is leading talks with Britain had so far been “very much holding fast to a rigid approach” but other leaders like Angela Merkel were beginning to ask about what mattered for their own people.

Dismissing talk of a looming leadership challenge from angry Tories, she declared: “The only challenge that needs to be made now is to the EU to get serious about this, to come round the table and discuss it with us.”

Environment Secretary Michael Gove, who chaired the Vote Leave referendum campaign and is a focus of Tory anger for supporting the Chequers deal, backed her call, saying Brussels will make a no-deal Brexit more likely if it does not show more willing.

Agreement on Friday that the Government should do more to prepare for a no-deal outcome was one concession secured by Brexiteers – and Mr Gove was said to have emphasised the point in his own decisive presentation to colleagues making clear he would back Mrs May’s approach.

“If the EU is ungenerous and inflexible then we may have to contemplate walking away without a deal.

“One of the things that we agreed at Chequers is that we would step up the preparations for precisely that outcome to ensure that … we will be in a position in March 2019 that if we don’t get the deal that we want, to be able to walk away.

“Noone wants to walk away now because we’re in the middle of a negotiation. What we need to do is to be able to walk away in March 2019 (but) not because we want that outcome. I want a deal.”

One source stressed last night: “The free trade agreement we’re proposing isn’t about compromise with the EU, it’s about challenging them. They won’t find this easy to accept. It’s going to be a negotiation.”