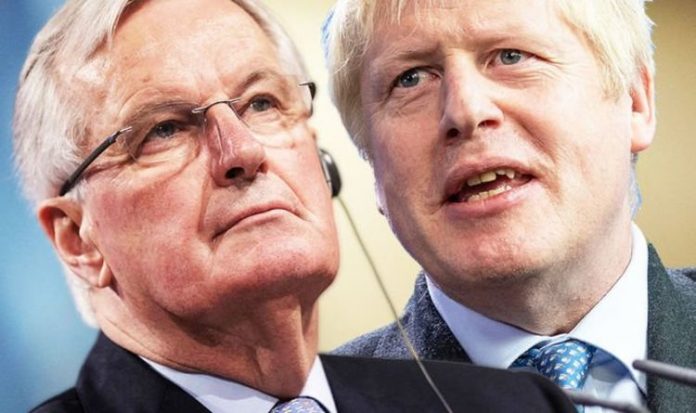 The British and European negotiating teams are holding trade talks in Brussels this week. While the discussions have made little progress so far, the two sides appear more willing to compromise this time, as the UK’s future post-Brexit is thrashed out. According to Brussels sources, the UK has offered a three-year transition period for European fishing fleets to allow them to prepare for the post-Brexit changes as part of an 11th-hour deal sweetener.

Nevertheless, issues on the so-called level playing field remain, and earlier this month London made already strained relations worse by announcing plans to breach the legally binding divorce agreement it signed on its departure from the bloc.

The EU responded by starting legal proceedings against the UK.

As uncertainty over the future trade relationship continues and chances of a no deal increase, a 2018 warning by the EU’s now-chief Brexit negotiator Michel Barnier has resurfaced.

Two years ago, the French politician claimed that Brussels would have not accepted the blame for failure to strike an agreement.

At the time, former Brexit Secretary Dominic Raab and Mr Barnier had vowed to “negotiate continuously” in order to beat the looming deadline and strike the withdrawal agreement.

However, Mr Barnier warned it was unlikely there would be a deal before the end of 2018.

He added: “The principles of the EU in these negotiations are well known and have been consistent for the last two years.

“We can find common ground based on the EU principles and on the other end the choices made by the UK.”