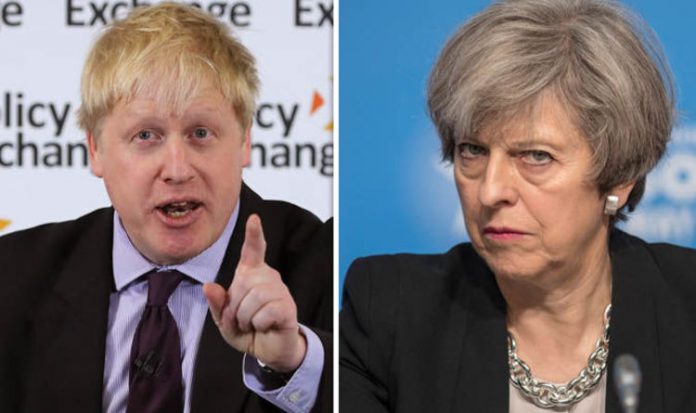 The infighting among Britain’s political elite is destroying the chances of achieving a successful Brexit, according to former Tory leader Lord William Hague.

Writing in the Daily Telegraph, Lord Hague said: “This is a wholly governable country where the political system is only one or two steps away from being unable to govern.”

Arguing both Labour and Conservative have lost the ability to compromise, he continued: “The hard Left see Labour as an organisation to be purged rather than a family to be united.

“For some of them, this is a winner-takes-all struggle in which only a complete victory counts.

“Attlee, Wilson and even Blair all compromised to some extent in order to unite their party and offer the country a Labour government.

“Now, in the absence of that, Labour is not functioning as a coherent political party.

“The Conservatives have a different version of the same problem.

“The only way for a minority government to negotiate and deliver something as momentous and complex as Brexit is to make many compromises and stick together.

“Most Tory MPs agree with that and, whichever side they were on in the referendum, are being pragmatic so that the will of the people is respected and the country still has a centre-Right government rather than a hard-Left Labour one.

“But they too have other MPs who say they must have their way.

“Such disunity opens up the potential for a terrible chain of events over the next seven months to the 29 March date for leaving the EU.

“This is that no agreement can be reached that can be passed by the House of Commons and the new year opens with a choice between leaving without a deal or asking to defer the exit date and holding another referendum.”

The political polarisation triggered by Brexit would be the result of the revolutionary nature of the EU referendum itself, according to a Government minister.

The un-named minister, who supported Remain but believes leaving the EU could be a success for the country, explained how the Brexit “revolution” is increasingly hardening of the demands of the two sides.

Speaking to Politico, they said: “It’s the same with all revolutions.

“The purists keep moving on, that’s the problem. What was once hard-line, becomes soft.”

A second senior Tory MP, who also did not want to be named, said: “Revolutions become self-perpetuating and any attempt to recreate stability is conflated with counter-revolutionary activity and treason.

“The error is that Brexit is now seen as a thing to deliver. Of course it’s not.

“It’s a process, not a destination. We need to accept that and decide what future we want, not argue who is the most pure on the journey.”

But the polarisation has led to “tribalism”, with sides too blinded by antagonism to cooperate.

A leading member of Vote Leave said: “The tribal chant has now become the cause.

“Everything they are doing is almost designed to antagonise their opponents, which is such breathtaking stupidity.”