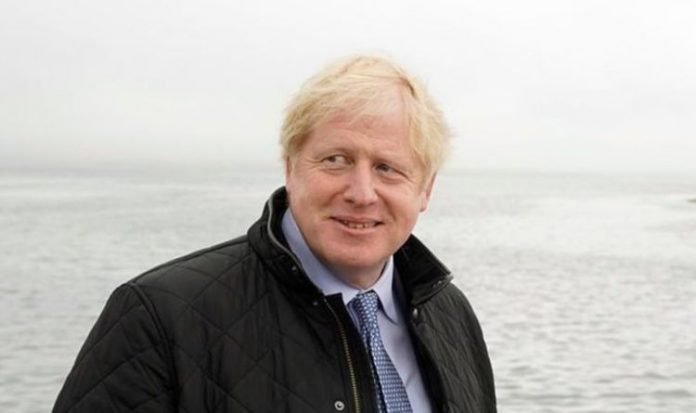 The controversial bill sparked outrage on the continent after violating elements of the withdrawal agreement relating to state aid and custom-exit declarations. After being defeated in the House of Lords on Monday night, No10 has confirmed the legislation will not return to the Commons until the end of this month. However, the controversial elements of the Bill which were struck out by the Lords will become redundant if there is a trade deal signed with the EU.

There is hope the delay could allow the EU and UK time to agree a deal meaning the aspects of the Bill rejected by peers will not need to be re-added.

Considering the concerns over the threat to peace in Northern Ireland, however, a Downing Street spokesperson called on nations to respect the integrity of the internal market.

They said: “We cannot allow the peace process or the UK’s internal market to inadvertently be compromised by unintended consequences of the Northern Ireland protocol.

“We would expect other countries to recognise this and the exceptional circumstances we find ourselves in.”

The legislation was defeated in the House of Lords on Monday night, 433 votes to 165, and on the second amendment relating to the Northern Ireland Protocol, 407 to 148.

However, No10 intends to reintroduce the clauses the peers voted against later this month.

The spokesman added: “We have been consistently clear that the clauses represent a legal safety net to protect the integrity of the UK’s internal market and the huge gains of the peace process.

“And we expect the House of Lords to recognise that we have an obligation to the people of Northern Ireland, to make sure that they continue to have unfettered access to the UK under all circumstances.

“EU cannot ratify a new deal while UK is legislating to break a previous agreement.

This comes as the two sides conduct negotiations in London this week in order to try and break the deadlock.

Last week, both Lord David Frost and Michel Barnier continued the intensified talks but after negotiations in Brussels, the areas of divergence still-remained.

Upon returning to London, Mr Barnier stated there are three elements needed for both sides to agree on a deal.

He said: “Respect of EU autonomy and UK sovereignty, with effective governance and enforcement mechanisms between international partners.

“There needs to be robust guarantees of free and fair trade & competition based on shared high standards, evolving coherently over time.

“Stable and reciprocal access to markets and fishing opportunities in the interest of both parties.”

The EU has set the middle of this month for a deal to be agreed in order for it to then be agreed by the European Parliament.