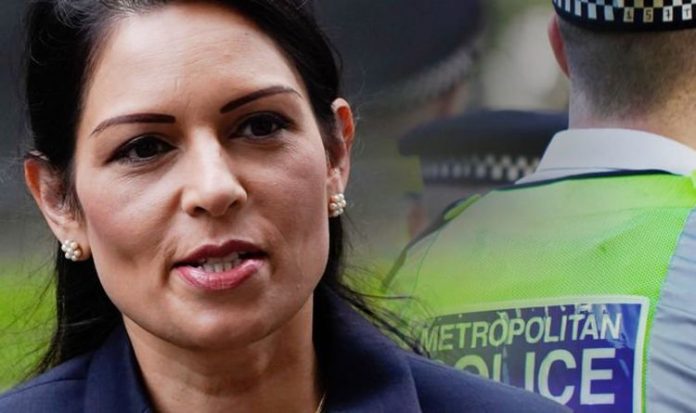 All EU nationals attempting to enter Britain from January 1, including tourists, can be subject to criminal record checks. In addition to those who’ve spent over a year in jail European citizens with a criminal record from the past year will be refused entry.

Authorities also reserve the right to prevent the arrival into Britain of anyone whose presence they fear would be “not conducive to the public good”.

Ms Patel said: “For too long, EU rules have forced us to allow dangerous foreign criminals, who abuse our values and threaten our way of life, on to our streets.”

However these rules are likely to be reciprocated by EU countries, meaning Britons with criminal records could be barred entry.

READ  EU news: Bloc infighting over Brexit exposed: 'If I was Britain I'd walk away' | UK | News (Reports)

Government officials, speaking to The Times, added European citizens who engage in anti-social behaviour, like aggressive begging, could be instructed to leave the UK.

Rough sleepers from EU countries could also be required to depart the country under these rules.

Exceptions to the new rules will be made when they would put Britain in breach of the European Convention on Human Rights, or when the crime they were convicted for is not registered in the UK.

Under the current system EU nationals can only be blocked from entering Britain if they are deemed to represent a “genuine, present and sufficiently serious threat” to the country.

The criteria for this cannot be based purely on their criminal records.

The two sides are currently deadlocked over European access to Britain’s fishing waters and how much state aid the UK is allowed to provide industries.

As part of the deal the Government is hoping to negotiate continued access to the EU’s criminal records database.

This would allow travellers to be cross-referenced against the database to find out if they have previously been convicted of crimes.

On October 16, prior to the latest round of negotiations being agreed, Mr Johnson delivered a speech in which he accused the EU of still wanting control over British laws.

He said: “We left the EU on January 31 and delivered on the largest democratic mandate in the history of this country.

“And since then we have been in a transition period obeying EU law, paying our fees – as a non-voting member – working on the future relationship we hope to enjoy with our friends and partners from January.

“And from the outset we were totally clear that we wanted nothing more complicated than a Canada-style relationship, based on friendship and free trade.