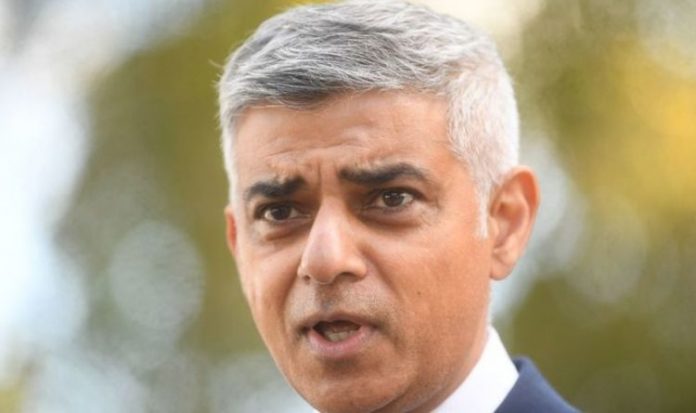 With Brexit talks set to go down to the wire, London’s Mayor held a virtual event with his counterpart, Michael Muller. In a meeting between the two, they pledged to forge ahead with business ties between the two powerhouses despite the outcome of Brexit. During the 20th anniversary of the twinning of the two cities, they agreed to extend a partnership signed by technology and investment agencies last year.

In contrast, Mr Johnson had requested direct talks with the German Chancellor in order to try and break the current Brexit deadlock.

While Mr Johnson was left in the cold by the EU, London’s Mayor praised the agreement which over the past five years has helped create 5,378 new jobs and stimulated £2.1billion in London’s economy.

“In light of the global pandemic and common challenges such as climate change, there has never been a more important time for us to work together.

“I am determined to strengthen the economic links between London and Berlin and develop exciting opportunities for trade and investment.

“Like Berlin, London is an outward-looking, global city and regardless of the final outcome of Brexit, London will remain open to talent, investment and collaborations with Berlin and other European cities.”

Meanwhile, Mr Johnson had requested to speak to both the German Chancellor and French President, Emmanuel Macron.

The EU rejected this and instead stated any negotiations must be carried out between UK officials and Michel Barnier.

JUST IN: UK signs ANOTHER deal as Vietnam brings Brexit bonanza to £193BN

The two sides now have until Sunday to agree a deal following the comments from Ms von der Leyen and the Prime Minister on Wednesday.

Ireland, who would be impacted severely by a no deal Brexit, called for the two sides to agree a deal.

The country’s foreign minister, Simon Coveney said: “What I would say to politicians: we need to try and dial down the language in terms of the division and differences of views, and focus on the detail.

“There is a bigger picture here that goes beyond trade in a world that is changing and has a lot of risk.

“The idea that the UK and EU cannot put a good, constructive, positive partnership in place in the context of that new relationship, I think that would be an enormous lost opportunity and both sides will be weaker as a result.