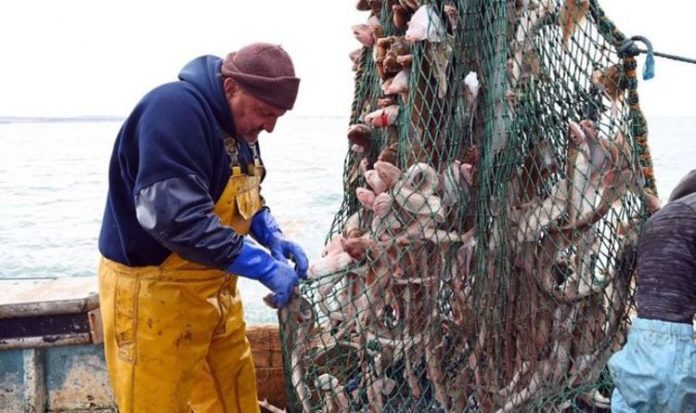 Leader of Scotland’s fishermen Elspeth MacDonald said the EU is acting like a “bully who steals your lunch every day and expects us to be grateful for few crumbs he hands back”. Ms MacDonald, chief executive of the Scottish Fishermen Association, said Brussels must “wake up and smell the fish”. The Scottish fishing leader made this remark after EU negotiators offered to give the UK fish “of which we are now the legal owner”.

Michel Barnier, the EU’s chief negotiator, has arrived in London to renew negotiations about a Brexit trade deal with his UK counterpart Lord Frost.

Reports from Brussels suggest Mr Barnier informed member states the EU had made an offer to return between 15 percent and 18 percent of the fish stocks that EU fleets would take from British waters.

Both the EU and UK hope for a conclusion to the Brexit talks within the next week.

If no agreement is made then both sides will be forced to walk away and face the consequences of a no-deal Brexit.

Writing in the Daily Telegraph Ms MacDonald said the EU’s position on fishing rights and its “paltry” offer on fisheries to the UK was not acceptable.

She said: “Let’s cut to the chase.

“The EU is playing a dangerous game over fishing and it is them who would get hurt most.

“If trade is in balance, access to waters is not.

The coronavirus pandemic has not restricted the two sides from meeting face to face for renewed talks.

Mr Barnier before he travelled to London tweeted: “In line with Belgian rules, my team and I are no longer in quarantine.

The UK’s chief negotiator Lord David Frost vowed to “do my utmost” to ensure a deal is possible.

On Friday he tweeted: “It is late, but a deal is still possible.

“I will continue to talk until it’s clear that it isn’t.”

He added a deal must “fully respect UK sovereignty”.

This would the UK’s rights to its fishing waters.

Lord Frost added: “An agreement on any other basis is not possible.”