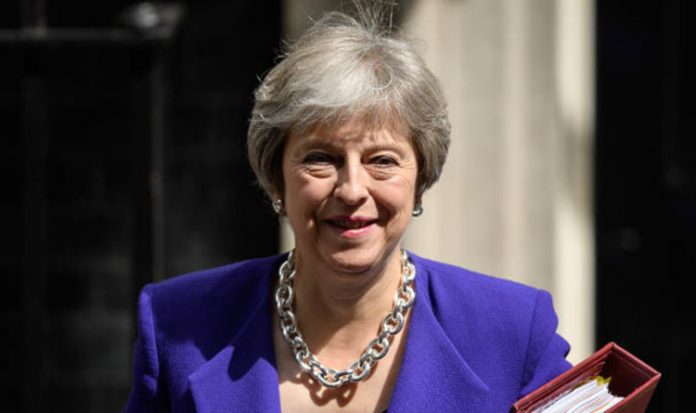 The Prime Minister has been threatened with a vote of confidence by her pro-Brexit MPs after the Chequers plan led to foreign secretary Boris Johnson and Brexit secretary David Davis quitting.

There are fears that the proposal to have a common rulebook with the EU and a complicated customs arrangement will stop free trade deals and tie Britain to Brussels rules.

In the letter, sent to Tory members around the country, Mrs May acknowledged that last month’s Brexit White Paper had provoked “strong feelings” within the party.

But she insisted the proposals will honour the result of the 2016 referendum and set the UK on course for a “productive relationship” with the remaining 27-member EU.

The letter, obtained by the ConservativeHome website, came as it emerged Mrs May is considering calling a top-level summit of Cabinet ministers early in September as part of the process of stepping up preparations for a possible “no-deal” Brexit.

A slew of polls taken since the Cabinet summit in Chequers suggest unhappiness among large swathes of Tory members with Mrs May’s plans, with many preferring the no-deal option.

The PM has already attempted to allay concerns by inviting Conservative Association chairs to Downing Street and taking part in a conference call to discuss her plans.

In her letter, Mrs May recognised Tory concerns that her proposal for a “common rulebook” with the EU on goods would stop the UK doing trade deals, but insisted “this is not the case – and I would not be proposing it if it would”.

Mrs May said talks with the EU had reached an “impasse”, as both of the options on offer from Brussels – a standard free trade agreement or an EEA-style customs union – were “not acceptable to me or to the United Kingdom”.

The only way to break the deadlock was to “get the EU to consider a third option, but they will only do that if we put forward proposals they find credible,” she said.

She said getting a good deal would require “pragmatism and compromise from both sides”.

But she insisted: “This vision for our future relationship with the EU will be very challenging for the EU – it is in no sense a concession to their demands.

“I have been very clear that we are rejecting the two models they have put forward. Instead, we are asking them to accept a bespoke model which meets the unique requirements of the United Kingdom.”