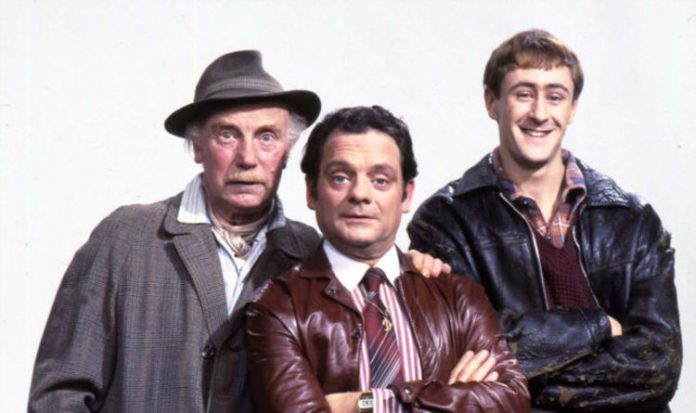 Del Boy was a dodgy dealer who came up with get-rich-quick schemes and was famed for his catchphrase: “This time next year, we’ll be millionaires.”

Sir David told The Sun: “When it comes to Brexit, Del would just think, ‘We’ll earn out of this, Rodders’.

“For him, he would find out a way to use it.

“The big political question about staying or leaving wouldn’t interest him, he would be thinking, ‘How do we earn out of this?’”

Only Fools and Horses was set in Peckham, South East London.

At the time the sitcom was filmed, it was seen as a rough area of the capital, but it has since become a sought after area.

Sir David says that Del Boy was ahead of his time for living in the area.

He added: “Del would have said it’s the place to be.

“It always has been as far as he’s concerned.

“Del knew it would be coming and that’s why he lived there.

“It’s obvious. He was well ahead of the time.”

Although David Jason said Del would not have thought about the political issues surrounding Brexit, the character became a Thatcherite “yuppie” in the show.

It was during the episode “Yuppy Love” when Del Boy falls through the bar while trying to impress at a trendy wine bar.

Therefore it is possible he could have been an advocate for free market enterprise – which means he may have been a free trade Brexiteer.