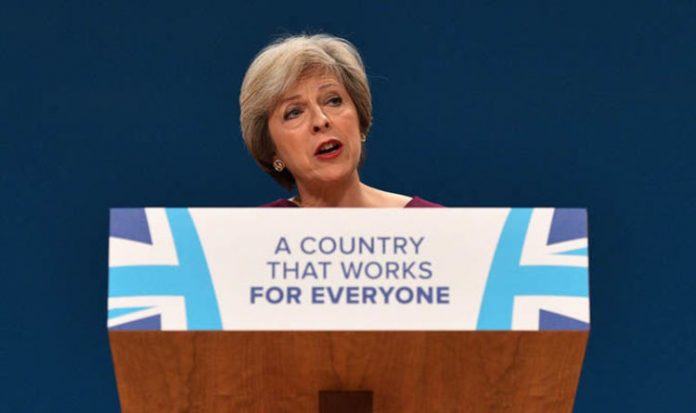 Nicky Morgan said the upcoming Tory conference must be used as an opportunity to set out a clear vision for a thriving post-Brexit Britain.

Ms Morgan, Conservative MP for Loughborough, listed a series of dos and don’ts for the prime minister’s upcoming speech at the crunch conference.

She said Mrs May should carefully weigh every single word she will use in her speech, avoiding controversial topics at all costs.

Ms Morgan, who is also the chair of the powerful Treasury Select Committee, said Mrs May should treat British voters as “grown-ups” and approach them with a clear and calm explanation of the choices so far taken by the government on Brexit – and what will come next.

She wrote for the Conservative Home website: “[Mrs May] needs to explain clearly and carefully where the Brexit negotiations are, why she’s made the choices she has – and where she expects them to go.

“The British people need to be treated as grown-ups as Brexit unfolds, and she needs to level with them as much as she can to keep them on side.”

Mrs Morgan’s position on the prime minister’s speech comes after months of surgeries with her constituents who, she says, are “weary with Brexit”.

She said: “My overriding impression from conversations over the recess with constituents and others is that the British public is overwhelmingly weary with Brexit.

“The most often used phrase was: ‘just get on with it – and then get on with everything else we need our Government to do’.

“So Mrs May’s speech in Birmingham doesn’t need to be long or complicated.

“But it does need to come from the heart – and to speak over the heads of Party members and the media to the people that she most identifies with: middle of the road voters.”

The speech, Mrs Morgan continued, should be written by the prime minister herself, to have a greater impact on the public.

The Conservative Party conference will take place between September 30 and October 3, just days before the unofficial deadline set by the UK and the EU to strike a Brexit deal.

British officials brought to Brussels a potential agreement based on the much-criticised Chequers plan, which could produce a so-called soft-Brexit, frowned upon by hard-line Brexiteers.

The Remain-backing MP argued that touching on Tory rebels or “taking on” Boris Johnson’s latest remarks would be a waste of time.

Equally, speaking about the next general election could prove damaging to the prime minister.

Mrs Morgan said: “We are told that it will set out how the Prime Minister intends to win the 2022 election for the Conservatives.

“If correct, this is the wrong approach because, as surveys of Party members and supporters have made clear, Mrs May will not be leading the Conservatives into the 2022 election.

Boris Johnson made a comparison between the Chequers plan and a ‘suicide vest’ (Image: GETTY)

“Such an approach would, therefore, be a waste of one of her last chances to set out her stall as Prime Minister and the legacy she wants to leave the Party.”

The MP’s comment comes after Mr Johnson’s comparison between Mrs May’s Brexit strategy and a “suicide vest” and growing rumours Brexit-backing MPs could back him in a leadership bid against Mrs May.

However, delivering a successful speech could strengthen the position of the prime leader, Mrs Morgan said.

She continued: “The Prime Minister is in a very difficult situation.

“But most decent people understand that and wish her well.

“Her speech can repay their trust and make sure her difficult situation doesn’t become impossible.

“If possible, she needs to write this herself.

“And we need to see the Prime Minister who danced and smiled in South Africa delivering it – not the PMQs version.”