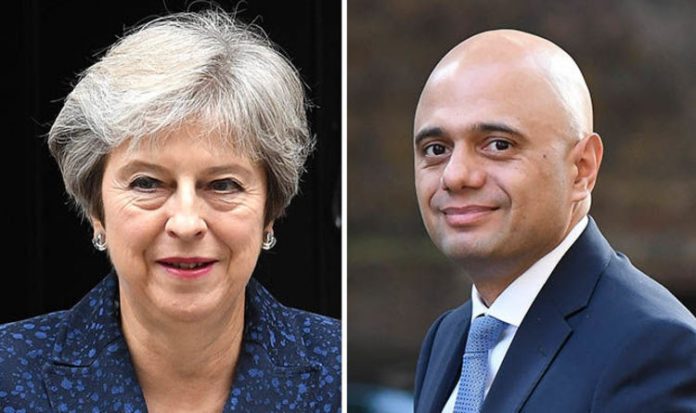 The Migration Advisory Committee (MAC), an independent, non-departmental body that advises the Government on migration, published a report which urged Downing Street to curb low-skilled migration from the EU.

They instead called for a “global” system, which would make EU citizens subject to the same immigration regulations as non-Europeans, and would curb preferential treatment within the migration process.

In the report, MAC said: “If immigration is not to be part of the negotiations with the EU, and the UK is deciding its future migration system in isolation, we recommend moving to a system in which all migration is managed with no preferential access to EU citizens.

“This would mean ending free movement but that would not make the UK unusual – for example, Canada has an open, welcoming approach to migration but no free movement agreement with any other country.”

They warned free movement “leaves migration to the UK solely up to migrants”, and stated the UK has no control over the “level and mix of migration”.

They acknowledged this does not necessarily mean free movement is “guaranteed to cause problems”, but simply noted there can be no guarantees migration will be in the “interests of UK residents”.

Professor Alan Manning, chairman of the committee, noted immigration from the EU had neither had the “large negative effects claimed by some”, nor the “clear benefits claimed by others”.

He simply stated migration policy could be changed in order to reduce costs and increase benefits for the British population.

Among his recommendations was the suggestion to create a “less restrictive regime for higher-skilled workers than for lower-skilled workers in a system where there is no preference for EEA over non-EEA workers”.

He noted higher-skilled workers are of greater benefit to the UK economy, as they drive productivity and innovation.

The official nevertheless took aim at the Government’s target to reduce net immigration to the tens of thousands.

He said: “We recommend that the cap is abolished; it creates uncertainty among employers and it makes little sense for a migrant to be perceived as of value one day and not the next which is what inevitably happens when the cap binds.”

The agency also recommended the scheme be extended to medium-skilled workers, acknowledging growing concerns that Brexit may result in a dramatic skills shortage following a sharp fall in immigration.

They nevertheless advised against altering the existing salary thresholds, stating: “They seem appropriate to ensure that migrants are not putting downward pressure on average earnings in the economy.”

She told The Times: “Any sudden cut-off of EEA skills and labour would be concerning, if not disastrous, for firms across a wide range of regions and sectors.”

A spokesman for the Home Office commented on the findings of the report, stating: “After we leave the EU, we will take back control of our borders and put in place an immigration system that works in the interests of the whole of the UK.

“We commissioned this report in addition to our engagement with business to better understand the impact of EU citizens on the UK labour market.

“The Government is clear that EU citizens play an important and positive role in our economy and society and we want that to continue after we leave.

“We will carefully consider the Migration Advisory Committee’s recommendations before setting out further detail on the UK’s future immigration system.”