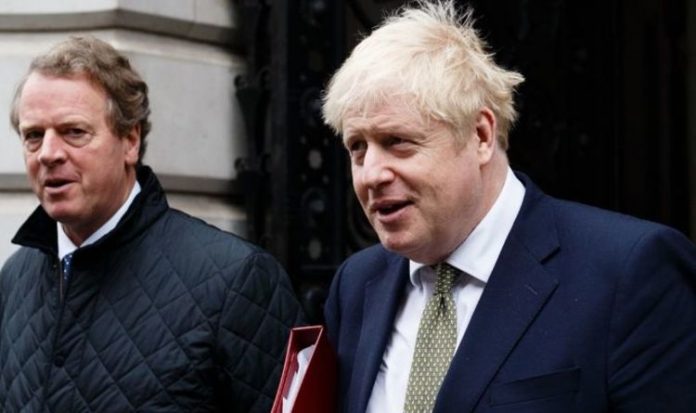 Due to the new Japan-UK agreement and the Government’s intention to join a new trade alliance, Tory MP for North West Durham, Richard Holden, claimed Britain was “winning” despite the concerns of “arch-Remainers”. In a major boost to Boris Johnson’s post-Brexit plans, International Trade Secretary, Liz Truss, signed a deal with Japan last month. Ms Truss deemed the agreement “groundbreaking” as it was officially signed last week and is expected to boost trade between the two states by £15billion.

The agreement with Japan is also seen as the first stepping stone over the UK’s impending membership of the Comprehensive and Progressive Agreement for Trans-Pacific Partnership (CPTPP).

The CPTPP is a trade alliance which includes countries such as Canada, New Zealand, Japan and Australia.

Mr Holden, who was one of the new ‘Blue Wall’ MPs in the last election, claimed the UK’s already thriving in its new role as an independent nation.

Writing in Conservative Home, he said: “The Japan deal is proof that we can strike good trade deals for Britain, despite the derision of arch-Remainers.

“Britain is out there and we’re winning.

“It proves we can go further and faster than the EU in such areas as digital and technology, including enabling the free flow of data, a commitment to uphold the principles of net neutrality and a ban on data localisation that will prevent British businesses from having the extra cost of setting up servers in Japan.

“Britain is at its best when it is an optimistic, outward-looking nation that engages with the world.

“CPTPP membership is the next logical step in the fulfilment of that vision.

“It will show the world we are back as an independent trading nation and that we are not only a major force in global trade, but a major force for good across the globe.”

Within the UK-Japan deal, tariffs will be removed on all Japanese cars by 2026.

There will also be tariff reductions on agricultural products like pork and beef which benefit food exporters.

Liz Truss said: “At its heart, this deal is about creating opportunity and prosperity for all parts of our United Kingdom and driving the economic growth we need to overcome the challenges of coronavirus.

“It opens a clear pathway to membership of the Comprehensive Trans-Pacific Partnership – which will open new opportunities for British business and boost our economic security – and strengthens ties with a like-minded democracy, key.”