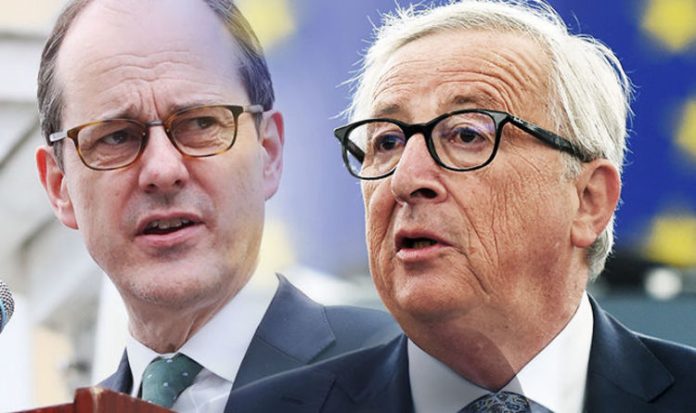 Sir Sebastian Wood spoke out as hopes of an amicable settlement faded after European Commission president Jean-Claude Juncker used his State of the Union speech today to reject Britain’s proposals over future trading and services.

Sir Sebastian intervened in the debate at a German business event also attended by Joachim Lang, chief executive of the Federation of German Industries.

He called for more willingness to compromise from the EU – as the goal of negotiations should be to secure the best possible long-term relationship with Britain.

Brussels was said to be playing a dangerous game by stalling for time over a settlement and increasing “the likelihood of a no-deal scenario”.

And unless things change, Britain was effectively facing an unpalatable and unacceptable choice between the “plague and cholera”.

Sir Sebastian was referring to the key issue of whether Brexit should result in a ‘hard border’ for trading and movement of people between Northern Ireland – which is part of the UK – and the Republic of Ireland that would stay in the EU.

He said: ”Either we accept that we keep all the obligations, but no longer sitting at the table in Brussels, or there is a hard border between Northern Ireland and the UK. Both options are unthinkable.”

It is widely feared that a hard border could undermine the fragile peace process in Northern Ireland. London wants to maintain a virtual customs union for goods with the EU to avoid this problem.

October was supposed to be the deadline for a deal to be agreed, but Brexit secretary Dominic Raab has already admitted this is unrealistic – stoking fears that there could be no deal at all.

The situation is complicated by the fact that UK Prime Minister Theresa May’s Chequers proposals are deeply unpopular within her own party.

READ  COVID tiers: Can I travel to Scotland or Wales in Tier 3? | UK | News (Reports)

It is understood around 80 Tory MPs are prepared to vote against her plans, which they think already make too many concessions.

Despite the dramatic situation, Sir Sebastian fears that too many top German officials are kidding themselves into assuming that there will still be either a friendly settlement or a second UK referendum with a different outcome.

The British ambassador does not believe the latter. Sir Sebastian said: “Politics has become unpredictable. But I think it’s very unlikely. “

Mr Lang warned that the German economy could not wait for a last-minute solution.

He said: “The economy needs an agreement because the transitional phase depends on it. We do not believe that the EU and the UK will be able to come to an agreement in six months on what they want in the future. And we do not want to suffer due to the fact that they can not agree.”

READ  Covid vaccine schedule: When YOU could get the jab (Reports)

Mr Juncker dismissed Mrs May’s Chequers agreement proposal that Britain should stay close to the EU in trading goods, but go its own way on services.

He said: “We respect the British decision to leave our union, even though we continue to regret it deeply. But we also ask the British government to understand that someone who leaves the union cannot be in the same privileged position as a member state.

“If you leave the union, you are of course no longer part of our single market, and certainly not only in the parts of it you choose.” 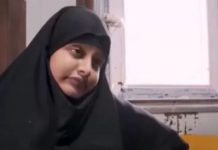 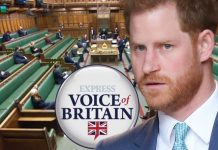 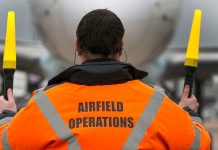