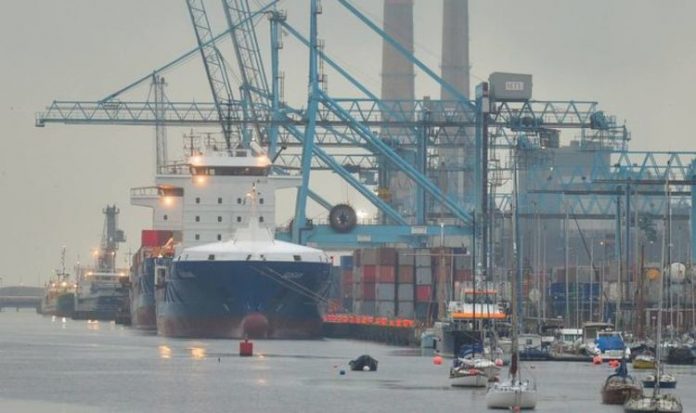 James Withers, Chief Exec of Scotland Food & Drink, discussed the impact of Brexit on the seafood industry and argued the sector was losing millions per day due to new border arrangements. While the UK is currently in a grace period, which ends in April,  to get to grips with the rules, Mr Withers warned the checks have not properly started yet and he fears supermarket shelves could start to go empty. The Government adviser warned the UK is in for a shock when lorry queues finally materialise once the adjustment period ends in a few months.

Giving evidence to the Scottish Affairs Committee, Mr Withers said: “One thing that is important from the sentiment in the (seafood) industry is the reality that last year the interest of exporters, those doing business with the EU…we deprioritised compared to other issues.

“That is how it feels, and my sense is there have been two measurements on whether Brexit has been a disaster or it’s actually been ok.

“The reality is we haven’t seen empty shelves because the checks haven’t started yet until April and there are no queues in Kent on runways or on motorways because 68 percent of lorries are carrying fresh air, they’re empty.

“And we’ve got hugely thin volumes so that is not a measure of success that is a measure of the scale of failure that we have got just now.

“I actually think there was a lot of information kicking about last year but we were massively distracted by a global pandemic.”

Mr Withers added: “And if you were a food and drink manufacturer the guidance was changing by the day.

“But ultimately what the final trading model was going to look like didn’t appear until Christmas Eve and I will repeat again the border operating models are 164 pages, it’s complex stuff and it was published on 5pm on Hogmanay.”

It is also believed Irish Loyalists have targeted border control staff and threatened them with violence.

This has led to staff being taken off the border meaning more delays for hauliers.

As of now, there is no plan for customs arrangements after April 1 and freight entering Northern Ireland from Great Britain after that date will be subject to the full rules of the Customs Union.