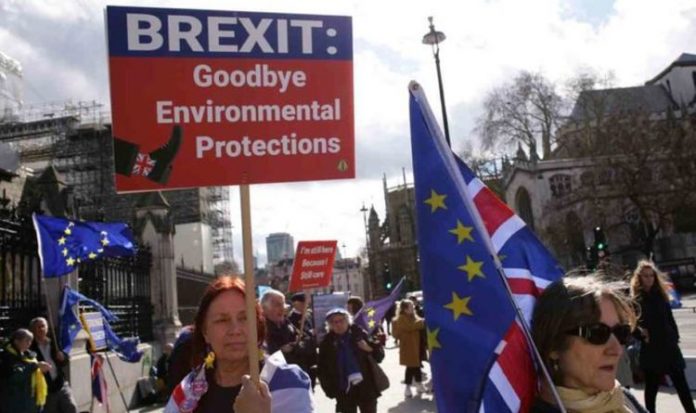 British europhiles have launched a #RejoinEU social media campaign, with hundreds vowing to overturn the historic 2016 Brexit referendum. The campaign was launched yesterday, the first day after Britain left the Brexit transition period and unshackled itself of Brussels rules for the first time in decades. Member of the House of Lords Michael Cashman tweeted: “I’ve been relatively quiet because I wake each morning in my country where I no longer feel I belong.

“I felt the same after the referendum.

“But Brexit will not take away my identity as a European citizen nor my determination to expose their lies as I campaign to rejoin EU.

This view was echoed by former UK civil servant Siobhan Benita, who tweeted: “I do have something in common with leavers.

“I’m prepared to fight for the next 40 years to overturn the UK’s relationship with the EU, if that’s what it takes to rejoin the EU.”

Many of those who have included the hashtag in their tweets have declared their ambition to “fight” to see the UK region the EU.

Remainers are tweeting an image of a single yellow EU star against a blue background.

One Twitter user commented: “Tomorrow we start the drive to Rejoin EU.”

Another tweeted: “Happy New Year to everyone who wants to see the UK back in the EU!”

Many on Twitter used the new year to lay out their ambition to work to see the UK region the EU.

One Twitter user said: “Happy New Year to all Pro European and Pro EU friends in the UK and beyond.

“Today may be the last day for some time under which UK people can enjoy EU rights and benefits, but as I enter my 60th year, I am committed to rejoin the EU.

“I will work to see that in my lifetime!”