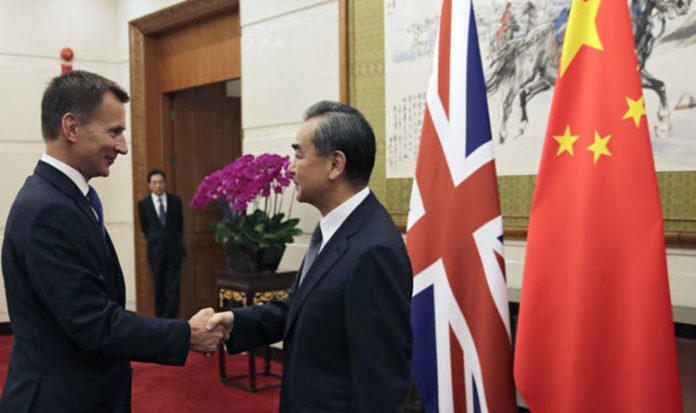 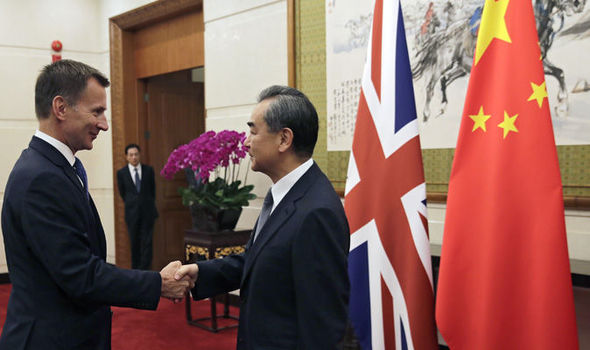 A free trade deal between China and the EU has proved elusive. (Image: GETTY)

A free trade deal between China and the EU has proved elusive but countries like Switzerland have had more success with bilateral agreements.

And it is hoped that once the UK can forge its own trade policy again it will be able to crack a market which membership of the EU has limited British access.

Mr Hunt said the two countries were both “major powers with a global perspective” ahead of talks with his Beijing counterpart Wang Yi in the Chinese capital.

He stressed Britain’s commitment to deepening ties post-Brexit between the nations when he attends the UK-China Strategic Dialogue on Monday.

Trade, North Korea, nuclear weapons and climate change are among the topics up for discussion.

A free trade deal with China along with the USA, Australia and New Zealand has emerged as an early priority for post Brexit Britain as it continues to boom after the historic vote to Leave.

More than 30 counties have expressed an interest for deals with Britain which the government hopes will become a beacon of free trade around the globe in comparison to the protectionist EU.

Mr Hunt, who replaced Boris Johnson in July, was bullish about prospects for a good relationship with China after Brexit. 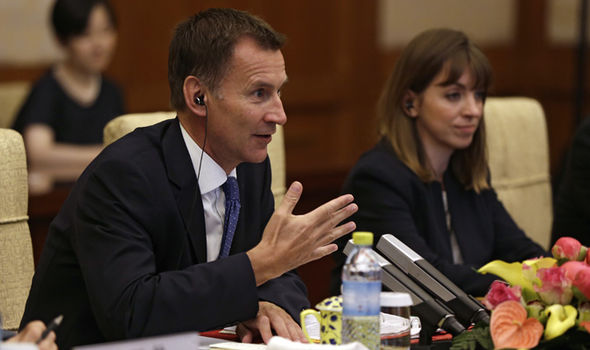 Mr Hunt was bullish about prospects for a good relationship with China after Brexit. (Image: GETTY)


we also of course discussed our trading relationship, and I think the best way to continue to grow our trade and strength and trust between Britain and China is to be able to have the kind of open and frank discussions we had this morning

He said: “The UK and China are both major powers with a global perspective.

“As the UK leaves the EU and becomes ever-more outward-looking, we are committed to deepening this vital partnership for the 21st century.

“The UK-China Strategic Dialogue is an important opportunity to intensify our co-operation on shared challenges in international affairs, ranging from global free trade to non-proliferation and environmental challenges, under the UK-China global partnership and ‘golden era’ for UK-China relations.”

Later during a press conference with counterpart Wang Yi, Mr Hunt was asked about the situation in Hong Kong, which the UK handed back to China in 1997.

Under the “one country, two systems” model, Beijing promised to let Hong Kong maintain wide autonomy and civil liberties, but fears are growing that China’s leaders are backtracking by oppressing the political opposition. 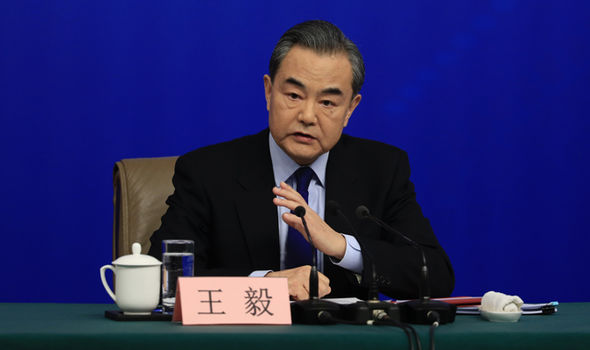 It is hoped that once the UK can forge its own trade policy again. (Image: GETTY)

Highlighting trade talks, Mr Hunt said: “We had extensive discussions about one country, two systems and the current situation in Hong Kong, and we had a very open and frank discussion about the concerns raised by a number of people.

“We also of course discussed our trading relationship, and I think the best way to continue to grow our trade and strength and trust between Britain and China is to be able to have the kind of open and frank discussions we had this morning.

“Hong Kong is part of China but of course we signed the joint declaration and we, as the United Kingdom, are very much committed to the one country, two systems approach, which we think has served both Hong Kong and China extremely well.”

Mr Wang pointedly responded: “Hong Kong affairs are the domestic affairs of China. We do not welcome nor do we accept other countries to interfere in China’s domestic affairs.”

But he insisted that “China will continue to support and will stay committed to one country, two systems”.

Meanwhile, Mr Hunt reiterated warnings to the EU of the damage it will cause to itself if it forces a no deal on Brexit ahead of visits France and Austria on Tuesday.

Mr Hunt is travelling to Paris for a meeting with his French counterpart Jean-Yves Le Drian, before heading to Vienna for further Brexit talks where he will again warn of the possibility of an “accidental” exit from the EU without an agreement.

The Foreign Secretary will also meet the director general of the International Atomic Energy Agency, Yukiya Amano, to discuss the future of the Iran nuclear deal.

Mr Hunt said: “The UK and France have a partnership like no other, built through shared history, shared values and shared cultures. 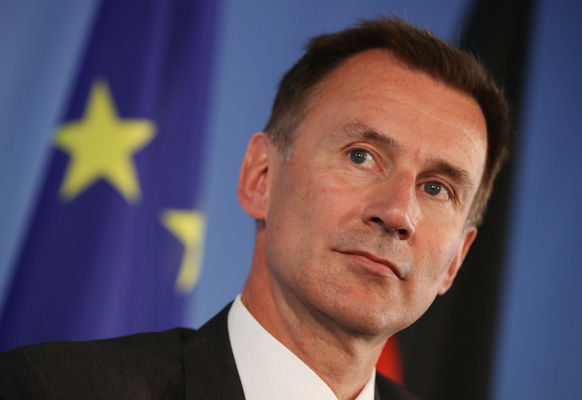 Mr Hunt reiterated warnings to the EU of the damage it will cause if it forces no-deal brexit. (Image: GETTY)

“In Austria, the UK has a vital partner on trade, security and wider European issues for which together we work to defend the rules-based international order and safety of our citizens.

“The UK and its European friends are striving to build a new relationship that works for all of us. We have taken a principled and pragmatic approach through the white paper, and with our EU partners, we have made great strides towards that deep and special partnership.

“But it is vital this momentum continues, and I will be explaining to my counterparts in Paris and Vienna that it is time for the EU to engage with our proposals, or we potentially face the prospect of a no-deal by accident, which would be very challenging for both the UK and EU.”