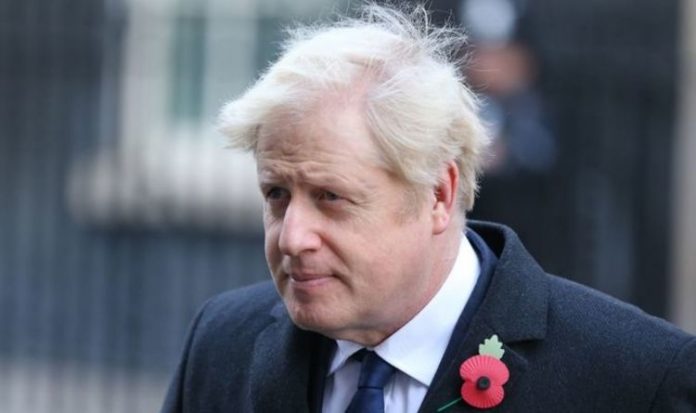 Michel Barnier and Lord David Frost will meet in London today in a new bid to break the current Brexit deadlock. Boris Johnson has insisted a deal is there to be agreed between the two sides but No10 has now warned the EU there are only 10 days for a deal to be reached, Politico understands. This has sparked concern in the EU, who need a longer period to finalise details.

Due to the ratification process needed for MEPs to sign off on any deal, there is concern on the continent over the reduced timetable.

If a deal is agreed by the end of this week, EU sources believe it could still take two parliamentary sessions before MEPs sign off on any deal.

MEPs would first conduct a plenary session later this month, before then holding a second session in December to agree on a deal before the end of the Transition Period on January 1.

European lawmakers have warned a deal will not be agreed by the end of this week – despite Mr Barnier admitting to MEPs last week: “We have to see movement next week if we want an agreement at all.”

Due to this, coordination groups have now met to establish a new timetable which would set December 16 as the final parliament session to ratify any potential deal.

Unless there is significant movement from both sides, it is expected a deal will not be reached in time for it to then be ratified.

In order to help break the Brexit deadlock, Mr Johnson held a call with EU Commission President on Saturday to discuss matters.

Mr Johnson’s Internal Market Bill is expected to be defeated in the House of Lords today.

The legislation is set to be considered at the Committee Stage of its legislative process with peers expected to vote to remove some of the clauses of the bill.

In particular, the elements which concern state aid and customs declarations.

The legislation sparked controversy from the EU over its violations of the withdrawal agreement, with President-elect, Joe Biden warning any US-UK trade deal will not be signed if the Good Friday Agreement is violated.

Mr Biden is expected to issue his concerns over the legislation in his first call with the Prime Minister.

However, amid Mr Biden’s concerns, UK ministers have moved to insist the legislation will not impose a hard border on the island of Ireland.