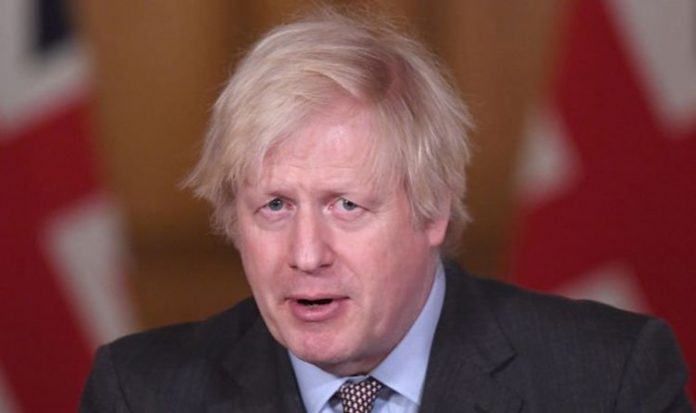 Jes Staley, Barclays CEO, argued the advantages to Brexit will outweigh the costs if the Government makes the most of new opportunities. Speaking to BBC Radio 4’s Today Programme he said: “I think Brexit is more than likely on the positive side than on the negative side.

“Brexit gives the UK the opportunity to define its own agenda and in defining that agenda around financial services, staying competitive with other markets outside of Europe is really what the government here should be focused on.”

Despite warnings of doom before the 2016 referendum, a major study by the Z/Yen Group commercial think tank last year London was the world’s second-biggest financial centre, behind only New York.

The report also found London had “made up ground” on New York over the past year.

“Brexit gives the UK the opportunity to define its own agenda” (Image: GETTY)

London is the second biggest financial centre in the world (Image: GETTY)

Frankfurt and Paris, major EU financial centres, were situated much further down in 16th and 18th place respectively.

Mr Staley noted financial services jobs have moved from London to Europe since Brexit but insisted the flow was modest.

He added: “Some amount of capital has moved but London is still obviously the main centre for Barclays.”

London has been urged to compete with New York and Singapore (Image: GETTY)

The leading banker also argued Asia, rather than Europe, is best placed to gain ground if the British financial services sector is mismanaged.

He commented: “If we get it wrong, the main beneficiary is probably Asia.

“New York is such a massive presence in the global capital markets but Asia is growing and the wealth accumulation in Asia is growing so the winner if Europe and the UK pull back, would be Singapore, Tokyo and Hong Kong.”

Chancellor Rishi Sunak has promised a ‘Big Bang 2.0’ to help the City of London thrive post-Brexit.

The UK formally left the EU in January 2020 (Image: GETTY)

However in early January, when the Brexit transition period was replaced by Boris Johnson’s new trade deal, nearly £5bn of EU share trading moved from London to continental Europe.

Brussels is currently refusing to give UK financial services full access to the European single market.

Mr Staley also argued tighter regulations introduced in the aftermath of the 2009 financial crisis has strengthened the UK financial sector.

He said: “The regulatory environment that we’ve faced the last 10 years put this bank on a much safer footing.

The Daily Express has been a longtime Brexit backer (Image: EXPRESS)

“In an ironic way, we’ve gotten pretty good at working inside the regulatory framework that is here. It protects the financial industry.

“We learned to deal with this regulation and it makes the banks safer so I’m not going to point a finger at it.”

Britain formally left the EU at the end of January 2020 following a number of delays.

However, until 11pm on December 31, it remained in a Brexit transition period, during which the UK continued to pay into the EU budget and implement many Brussels made laws.

A new trade agreement, approved by Boris Johnson on Christmas Eve, has now come into effect.

Great Britain is now outside the European single market though Northern Ireland effectively remains a member.