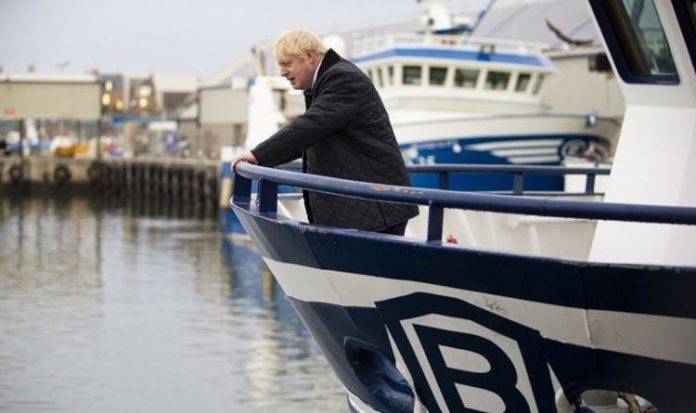 It comes amid a chorus of calls for the UK to crack down on overfishing and tighten coastal restrictions after the EU transition period ends. Activists have urged the government to “seize” the opportunity to do so and have called Brexit a “second chance”.

The Blue Marine Foundation has claimed over 100,000 tonnes of fish were brought to shore at Dogger Bank in the North Sea in 2017 and 2018, adding that less than five percent of this was accounted for by the UK.

The foundation described the figures as part of an “unlawful asset-stripping operation”.

Charles Clover, executive director of the group, said: “What should make it even easier for ministers to enforce the law is the disclosure today that almost none of this unlawful fishing activity is actually benefiting the UK Treasury and in fact it is damaging a marine asset that absorbs lots of carbon, thereby costing the UK money reducing its emissions elsewhere in the economy,” according to The Telegraph.

The Blue Marine Foundation said the operations were illegal under the Offshore Habitats Regulations.

The group, along with activist groups Greenpeace and the Marine Conservation Society, recently called on the Government to enforce tighter controls on the UK’s protected offshore marine environments after it leaves the Common Fisheries Policy.

Activists say such protections should include a ban on pelagic supertrawlers and controversial bottom-towed fishing gear, which can destroy marine habitats due to heavy equipment being dragged across the sea floor.

READ: Brexit: House prices to be ‘negatively impacted’ by ‘perfect storm’ of no deal uncertainty

This compares to just 3,230 hours in Europe’s next busiest waters off the coast of the Netherlands.

In addition, the number of hours spent by fishing boats in British waters has almost doubled since 2017, The Telegraph reported earlier this year.

Will McCallum, head of oceans at Greenpeace, said: “Now with Brexit looming large on the horizon, our Government must seize this second chance to turn promises into a reality by properly protecting our marine protected areas and ensuring that our local, more sustainable fleet has great access to our fish.”

A spokesperson from the Department for Environment, Food and Rural Affairs said the Common Fisheries Policy has “restricted” how the UK can implement fishing measures in offshore protected areas.

They added: “From 1 January 2021, we will be an independent coastal state, with the power to introduce measures for conservation purposes.”

Earlier this week The Guardian reported the EU is set to miss 2020 overfishing targets which were set out in legislation around seven years ago.

EU nations have pinned the blame on uncertainty over fishing rights after Brexit.