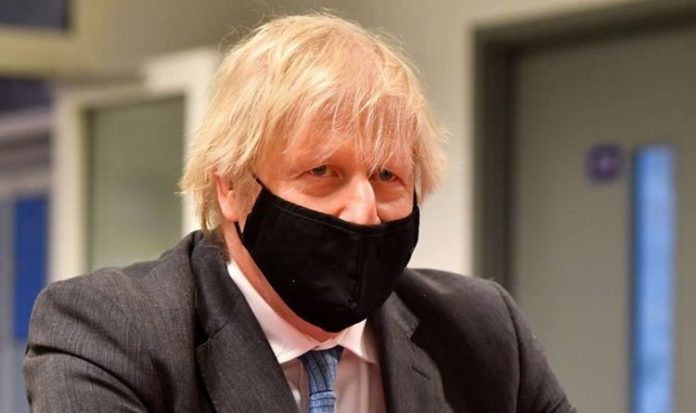 The UK formally left the EU in January 2020 though continued paying into the Brussels budget, and following EU rules, until the end of December. Campaigners are calling on Boris Johnson to support Britain joining a new ‘CANZUK’ alliance, named after the four countries it would consist of.

Speaking to Express.co.uk James Skinner, chief executive of CANZUK International, argued the proposed group would make all its members safer and wealthier.

This means Britons would be free to move to the other CANZUK countries, provided they don’t have a serious criminal conviction, and vice versa.

Mr Skinner emphasised the new alliance should not seek “ever closer union” in the manner of the European Union.

Boris Johnson has been urged to back a ‘CANZUK’ alliance with Canada, Australia and New Zealand (Image: GETTY)

CANZUK could be a new alliance for post-Brexit Britain (Image: GETTY)

He said: “It would very much be completely different to what the EU structure is.

“What we’ve always advocated is these countries would work as sovereign independent counties on the international stage, working together for initiatives like reciprocal migration, trade, foreign policy.”

The rationale behind CANZUK is that all four nations have advanced economies, shared culture and a heavily interwoven history.

Mr Skinner, who lives in Toronto, said he was surprised by how much support the movement has gained.

He commented: “I started the whole thing back in 2015 and it was really nothing but me and a laptop and I have this idea and I thought you know what, I’ll start a petition online to see if there’s any public interest in it, and I remember thinking to myself if I get 200 signatures by the end of the year I’ll be delighted.

“That petition just took off. I had MPs, Senators, getting in touch saying it was a great idea.

“The public advocated for it immediately, media outlets were picking up on it and it just grew way more than I ever would have dreamed of which I think is testimony to the fact it’s an idea people see a lot of value in.”

An all-party parliamentary group for CANZUK, made up of Tory, Labour and DUP MPs, was recently launched in the British parliament.

CANZUK would build on the current Trans-Tasman agreement between Australia and New Zealand which allows reciprocal migration.

Last year the UK, Australia and Canada issued a joint statement in response to Chinese action over Hong Kong.

Mr Skinner claimed CANZUK could be particularly attractive to young people in the four nations.

He noted: “From what we’ve seen, from the research we’ve done, young people are supportive definitely of what CANZUK is because obviously young people like to travel more.

“The idea of CANZUK to them is a dream, they can go and live and work in these countries, most of the time they can speak the same language, they can get a job, they can get an apartment, they can easily integrate in that society.

“But what we’ve also seen as well is CANZUK doesn’t just appeal to the younger population.

“We also have really great support from those I would say are working professionals to middle-age and those above middle-age as well.”