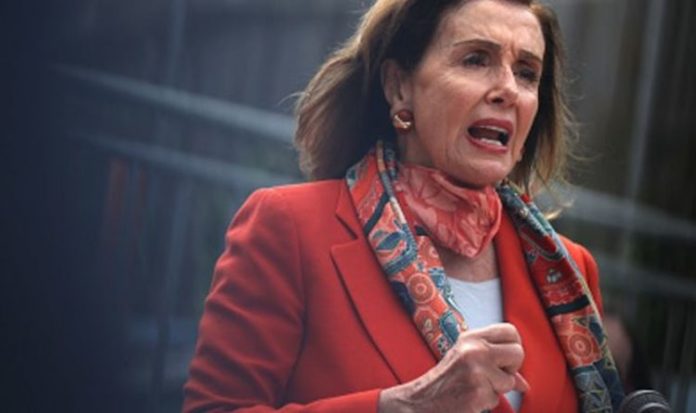 US congressman Brendan Boyle warned Boris Johnson the US House of Representative could reject a post-Brexit trade deal between the US and Britain unless Boris Johnson abandons his plan to revisit the withdrawal agreement and the Northern Ireland protocol agreed with Brussels. He told BBC Radio 4’s Today programme: “There is this dangerous tendency of the British side, it seems to us, to reinstitute this issue (Northern Ireland border) to bring it back into the discussion and essentially hold it hostage to wider discussions.

“And I can’t believe that any side to this debate would be acting in such a cavalier way when we’re talking about a fragile peace in the north of Ireland.”

Confronted with the empty threat the US Congress is making against ratifying a post-Brexit trade deal between America and the UK, Mr Boyle added: “It’s not a suggestion, it’s not a threat.

“It would also be very difficult to enter into a trade negotiations with a party that would have trust-ripped up a very important agreement to us.

“Why would you engage into negotiations with such a party?

“Because they might just turn around and use the same tactic against you.”

As of 2013, the majority of United States free trade agreements were implemented as congressional-executive agreements. Unlike treaties, such agreements require a majority of the House and Senate to pass.

The warning comes as the UK’s chief negotiator has called for “more realism” from the EU on the eve of crunch negotiations to broker a post-Brexit trade deal.

But talks were set for a collision course over new Brexit legislation which has dismayed senior EU figures, who are concerned it could override key elements of the Withdrawal Agreement.

Lord Frost said: “Today, I will sit down with Michel Barnier and drive home our clear message that we must make progress this week if we are to reach an agreement in time.

“We have now been talking for six months and can no longer afford to go over well-trodden ground.

“We need to see more realism from the EU about our status as an independent country.”

The Internal Market Bill to be tabled on Wednesday will ensure goods from Northern Ireland continue to have unfettered access to the UK market while making clear EU state aid rules, which will continue to apply in Northern Ireland, will not apply in the rest of the UK.

In addition, an amendment to the Finance Bill will give ministers the power to designate which goods going from Great Britain to Northern Ireland are considered “at risk” of entering the EU single market and are therefore liable to EU tariffs.

The Prime Minister’s spokesman said discussions were continuing with the EU to resolve the outstanding issues relating to the Northern Ireland protocol, intended to ensure there is no return of a hard border with the Republic once the transition is over.