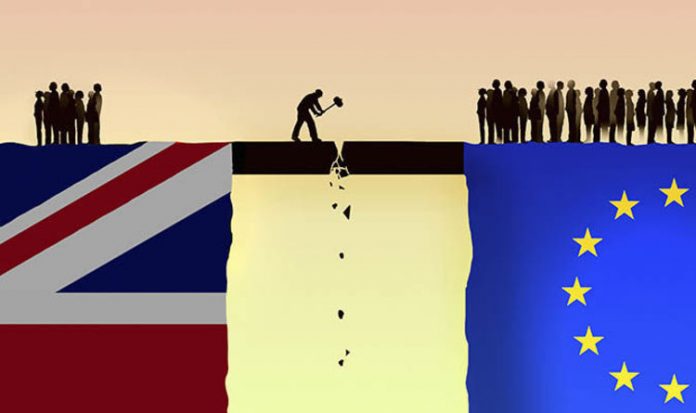 In July, the EU commission said in the case of no deal “there would be no specific arrangement in place for EU citizens in the United Kingdom, or for UK citizens in the European Union.”

Also in July, Hilary Benn, Labour MP and chair of the Brexit select committee, said: “Whatever happens with the negotiations, we urge all governments to make it clear to all EU citizens who have made somewhere else their home, that they can stay.”

The committee called on member states to make “public commitments to assure all UK citizens living in their territory that their rights will be safeguarded” in the case of no deal.

Now, after the disastrous Salzburg summit of last week and Mrs May’s ever-floundering Chequers plan for Brexit, contingency plans for an increasingly likely no-deal Brexit are ramping up.

What does a no-deal Brexit mean for expats living in Europe?

So if the UK did crash out without any deal in place for UK residents in the bloc, what could happen?

There has been a lot of worry about expats living in the EU suddenly being adrift if the UK crashes out, and forced to return home.

If the UK offers rights to remain in the UK to EU expats, the bloc is likely to reciprocate.

While no rights to remain are guaranteed, this comment from EU President Jean-Claud Juncker is fairly reassuring: “So many British friends are here. Let them here, let them there. Why are we discussing nonsense like that?”

Mr Juncker did say this in 2017, and we’ve seen relations deteriorate significantly since then, but the likelihood of the financial and civic contributions of UK expats being maintained are high.

That said, there are a few more concrete no-deal impacts we’ve discovered over the course of this summer and the drip-feeding of the government’s Brexit papers:

The ’technical notices’ in August warned British citizens in the EU could lose access to payments from their UK bank accounts.

Customers of UK banks living in the EU “may lose the ability to access lending and deposit services, and insurance contracts”, the paper says.

Added to this, all Britons will face higher costs to make card payments in the EU when travelling or shopping online.

The Association of British Insurers (ABI) has warned that in the event of no-deal, UK companies paying an annuity to a UK expat would no longer be authorised to do so.

This means a pension provider would either have to risk a fine by carrying on making these payments, would have to set up a subsidiary in the EU to do so, or could do a deal with a European counterpart.

The ABI said a relatively simple deal between UK and EU regulators could solve this issue, and allow people to continue drawing pensions and receiving insurance payouts.

The UK government said it would give temporary permission for financial firms in the European Economic Area to pay people in the UK.

The most recent set of papers released by the government sets out a worst-case scenario for air, bus and coach travel between the EU and UK.

The UK government wants the EU and UK to accept each other’s aviation standards, but it has not yet done so.

In the event of no-deal, the EU will stop recognising UK safety standards, meaning UK and EU licensed airlines would lose the automatic right to operate air services between them.

The document adds that the UK “would envisage” allowing EU airlines to continue flying and “we would expect EU countries to reciprocate in turn.”

If there’s a no-deal Brexit, you might not be able to drive in some EU states without an international driving permit which you’ll have to buy.

And if you live in the EU and use your UK licence, in the case of a no-deal you’ll have to take a driving test again rather than swapping your UK one.