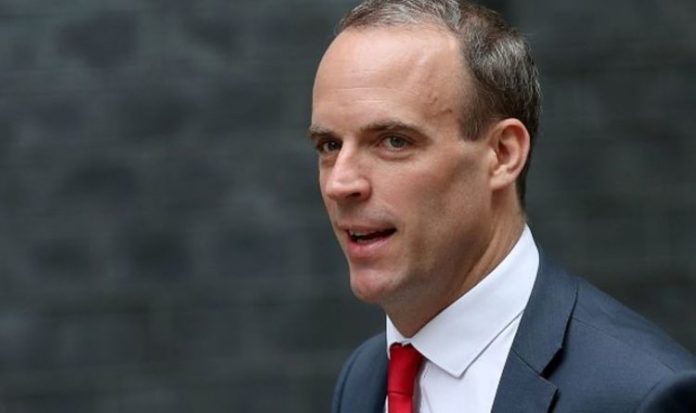 Mr Raab pledged “Britain need not be afraid of a no-deal Brexit” and rattled off several benefits of the approach.

He made a reference to Roberto Azevedo of the World Trade Organisation (WTO), which he also says the UK can do without, adding its terms are “inferior to our current free trade arrangements”.

Mr Raab told the Daily Telegraph: “As WTO Director General Roberto Azevedo recently said, leaving the EU with no deal would not be ‘a walk in the park’, but it would ‘not be the end of the world’ either.

“There would be some countervailing opportunities. We could negotiate and bring into force new trade deals straight away.

“We would see the immediate return of full legislative and regulatory control – including over immigration.

“And the Government would not pay the terms of the financial settlement as agreed with the EU as part of the Withdrawal Agreement.”

He added: “There’s no deal without the whole deal.”

Mr Raab also writes of his anticipation on continuing Brexit negotiations with chief EU negotiator Michel Barnier and warned Britain will refuse to stump up the £39billion divorce payment if the bloc fails to offer a deal.

He said UK would “recognise our strict legal obligations” but that the amount paid would be “significantly, substantially lower” than the billions demanded.

Mr Raab continued: “It’s not a threat, it’s statement of fact as part of our no-deal planning that, yes, we would be mindful of our strict legal obligations, but the amount and the phased way it is set out in the withdrawal agreement would fall away because there would be no deal.

“It’s not a threat and it’s not an ultimatum, it’s a statement of fact. I don’t say anything outside of the negotiation room that I haven’t and wouldn’t directly to our EU friends and partners, and I think it is well understood on both sides.”

His comments came after Theresa May made it clear Britain would re-calculate the divorce settlement if an arrangement on future trading relations was not reached.

The Government is releasing a new raft of technical papers expected to focus on how a no-deal Brexit would impact on things like mobile phone roaming charges.

Theresa May summoned her Cabinet to a three-hour meeting this morning to plan for no deal. 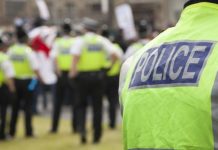 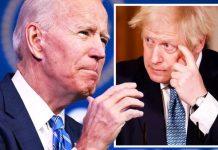 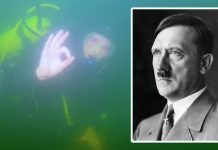