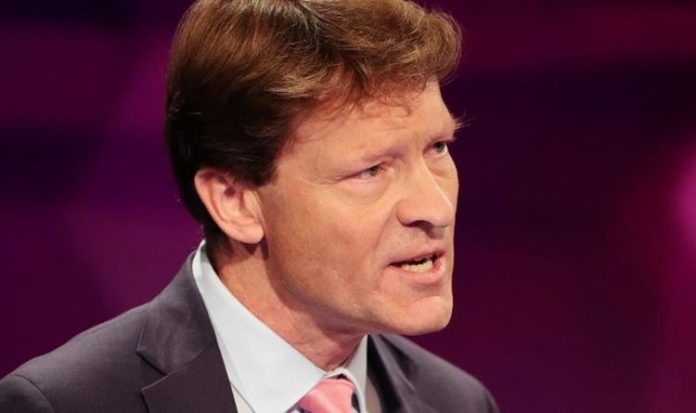 Brexit Party chairman Richard Tice has hit out at employees who are working from home as he estimated that about 40 percent of the hospitality sector will be impacted if people don’t go into the office. He went to suggest that the alternative might be to tax employees to offset the loss in revenue. It comes as the Government are encouraging people to return to the office.

Speaking to talkRADIO, Mr Tice said: “The reality is if 40 percent of your working week you’re not coming to the city centre then we may well have to accept that 40 percent of the jobs in shops and bars they’re going to go as well because they need people to sustain it.

“You’ve got a huge loss of revenues and why? Because people are enjoying working from home.

“That’s fine but those loss of revenues are going to have to be paid for over time.

“All these bills have to be paid for, there’s no such thing as a free lunch.

“I get your point about the incentive to go back to work but it’s whether or not the alternative is to say if you want to work from home but we’re going to have to have a tax to offset the loss in revenue.”

It comes as the reproduction number (R value) of coronavirus in the UK has risen to between 0.9-1.1, figures from the Government Office for Science and the Scientific Advisory Group for Emergencies (Sage) show.

The numbers suggest there is a risk that the overall coronavirus epidemic in the UK is growing, Government scientists say.

In a statement posted on Twitter he added: “People across the region have made an enormous sacrifice since the start of lockdown to keep the virus at bay, but the virus is now returning and recent efforts to counter that have been insufficient.

“It is evident that some people have not been strict enough when it comes to keeping up the basics of social distancing, hand washing and wearing a face covering, nor following the guidelines on avoiding mass gatherings.

“This has to change immediately and I would ask every single citizen, both across Birmingham and the West Midlands, to redouble their efforts.”