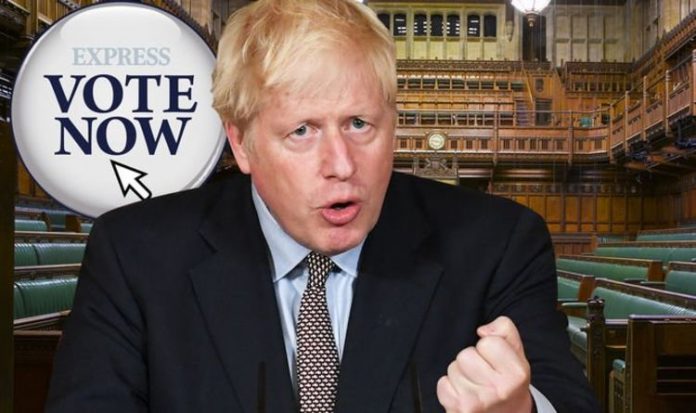 The UK-EU post-Brexit trade deal will be signed in by the European parliament on Wednesday by Ursula von der Leyen. The deal will then be flown to London by RAF plane for the British Prime Minister to sign. Now, the UK Parliament is being recalled to vote on the deal that was agreed on Christmas Eve.

MPs will be voting on rules and conditions on fisheries and the trade of goods between the UK and the EU.

After nine months of negotiations, the deal was agreed on Christmas Eve and MPs are expected to vote in favour of it.

The UK Parliament is set to vote on a bill putting the agreement into UK law on Wednesday.

On Wednesday MPs will debate Britain’s relationship with the EU for five hours starting at 9.30am, before they vote at the end.

It is expected that MPs will be able to debate virtually on the bill because of coronavirus restrictions.

The deal set to receive the backing of the opposition Labour Party.

However, some Labour MPs are planning to vote against the deal or abstain.

The bill will then receive royal assent either late on Wednesday night or early Thursday morning.

Labour leader Sir Keir Starmer has described the Brexit deal as “thin” and one that does not protect jobs, the environment and workers’ rights.

However, he has ordered Labour MPs to back it.

He said if the deal did not pass the Commons there would be a devastating impact on the UK economy.

Meanwhile, Northern Ireland’s political parties will be voting against the deal, Sinn Féin will be absent as they do not take their seats in Westminster.

The Scottish National Party and Welsh nationalists Plaid Cymru are also expected to vote against the deal.

But the Prime Minister’s hopes in securing a deal have been boosted by the backing of the European Research Group (ERG).

The group said the deal “preserves the UK’s sovereignty as a matter of law”.