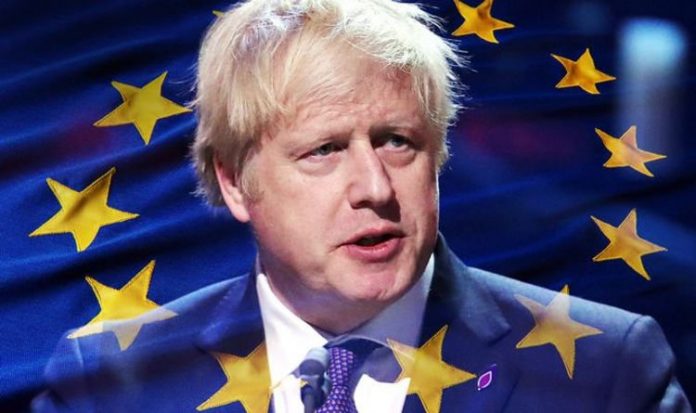 Bickering between the EU and the UK over a £33billion divorce bill has plagued talks – but Prime Minister Boris Johnson eventually accepted the terms in his withdrawal agreement. Much to the dismay of leavers in the UK, the divorce bill could still be being paid off in 2060, according to the Office for Budget Responsibility (OBR). The OBR estimated in January that the bill stood at just under £30billion – most of this to be paid by 2022, with some relatively small payments still being made until the 2060s. However, the costly bill could be the least of the UK’s worries, as the withdrawal agreement is filled with numerous clauses which threatens to pile on further costs.

This is because beyond the divorce bill, the withdrawal agreement between the UK and the EU places future financial liabilities on Britain.

The withdrawal agreement states that the UK will pay a portion through the EU budget – around 12 percent – because that is the average contribution the UK made between 2014-2018.

But this figure could change if a European country finds itself in economic turmoil.

If, for example, Spain, Italy or Ireland are unable to pay their full contribution to the EU budget due to economic struggles, the UK may have to up its contribution to compensate.

This eventuality may have been made more likely by the coronavirus pandemic, as the EU’s member states aim to recover after the eurozone suffered its deepest contraction on record.

Spain was plunged deepest after its economy shrank by 18.5 percent in the April-to-June period, having already fallen by 5.2 percent in the first three months of the year.

The country was the worst performer in the eurozone, which saw its overall GDP decline by a record 12.1 percent.

Additionally, in a crisis, the UK would hope to see its paid-in capital of £3.25billion in the EIB and ECB written off.

The amount at risk of £166billion through the EU Budget could rise by to £344billion during 2021 thanks to the headroom in and carry-over provision for the 2014-2020 EU budget period.

Given that the UK’s contingent liabilities could still increase, a swift conclusion to Brexit trade talks could be key.