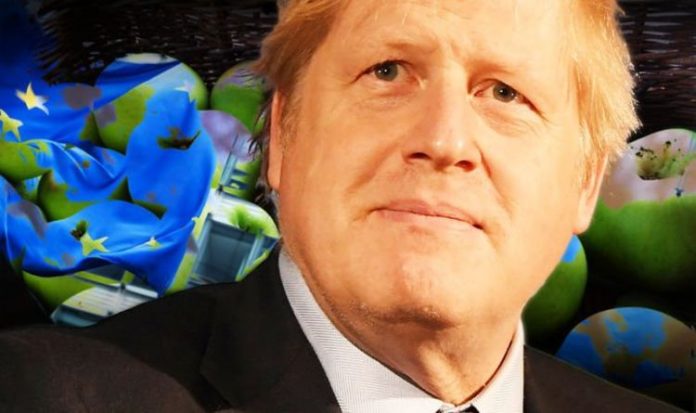 Last-ditch Brexit trade talks continued in London this weekend, with fishing rights remaining an “outstanding major bone of contention,” according to Foreign Secretary Dominic Raab. The EU’s chief Brexit negotiator Michel Barnier did not say how the negotiations went after the second day of discussions. When asked if the two sides had got any closer to reaching an agreement, Mr Barnier simply replied “poisson” – the French term for fish.

The bloc’s negotiator arrived in London on Friday following a spell in self-isolation after a member of his team contracted coronavirus.

Both the UK and the EU warned that a deal cannot be reached without major concessions from the other party.

There are only five weeks to go until the end of the current transition period, during which trade relations have remained largely unchanged.

As tensions are set to rise and the clock ticks down, several reports suggest a largely forgotten British industry is now looking forward to a “Brexit-bounce” when the transition period comes to an end.

In 1973, former Prime Minister Edward Heath took Britain into the European Economic Community (EEC) – the precursor to the EU.

Soon afterwards, it became apparent that EEC regulations caused an increase in prices for essential commodities such as food, clothing and fuel.

And, according to several unearthed reports, they also led to the slow death of England as an apple-growing country.

There were 3,000 commercial apple growers in England in the mid-Fifties.

Suzannah Starkey is one of them, and she is said to be pleased that the “European experiment” is over.

Her family owns the only commercial orchard of the original Bramley apple tree and she has found the single market disastrous for the domestic apple sector.

She said in 2017: “With the European friendship, the bottom of the market for English apples fell out.

“There’s just been too much competition coming from Europe [mainly France and Italy].

“Fruit farmers in England have had a tough time.

“But we believe that people will fall in love with English apples again.”

She added in her interview with The Guardian: “So many apple farmers are taking their trees out in this country [because they’re not commercially viable].

“[But] once you’ve taken an orchard out, it’s very hard to get it back in again. It takes a long time to get an apple tree back into fruition. We’ve made the choice to stay in [the sector] and expand [into other areas]. We’re thinking long term.

“Hopefully we can start to turn the tanker around.”

An Express.co.uk reader reinforced Ms Starkey’s claims, arguing that after Britain joined the EEC, an early Brussels regulation was that apples from Britain were to comply with their strict size limit.

He said: “This meant that overnight eight tasty and smaller varieties of Kent-grown apples were too small for export to Europe and so fell out of the market.

“Funnily enough the Brussels ideal size of apple matched that of the French Golden Delicious.”

It is not the first time the EU has been accused of favouring France.

During a debate with fellow Labour MP Roy Jenkins before the 1975 referendum on EEC membership, left-wing veteran Tony Benn argued that the Common Agricultural Policy (CAP) was a “siege economy” designed to favour the French and harm Britain.