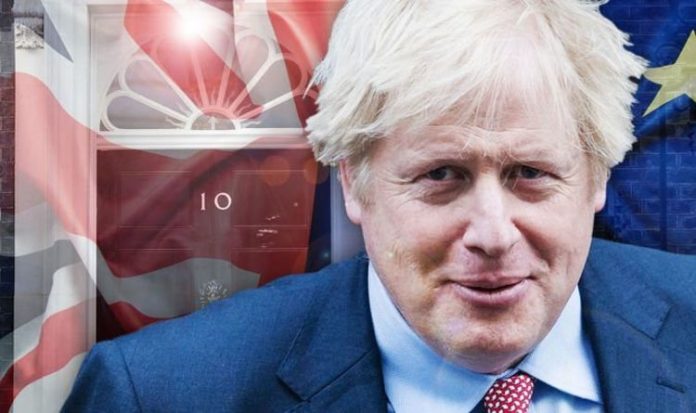 The final round of formal negotiations begin in Brussels today but No.10 said discussions will carry-on until a crunch summit of European Union leaders in two weeks’ time. The Prime Minister has always maintained he wants an agreement wrapped up by the end of the October 16 meeting, Downing Street said. “There is no change to the PM’s position. He’s set out that if we are to achieve a deal he wants that to happen by the October 16 summit,” the Prime Minister’s official spokesman said.

“In order to have an agreement ratified by the EU side, but also the UK, he believes that’s the timetable we need to work to.”

He added that “much more” progress needs to be made in order for a deal to be struck.

“Although the last few weeks of informal talks have been relatively positive, there remains much to be done,” he added.

“The fundamentals of our position have not changed. From the start of this process we have been saying that we simply want a standard free-trade agreement like Canada’s.

“The EU’s position has been less straightforward and we continue to be asked to accept provisions which do not reflect the reality of our status as an independent country.

“Significant gaps remain as the EU still needs to adopt more realistic policy positions, but we are ready to work as hard as necessary to move things forward this week.”

It comes as Downing Street rejected Brussels’ demands to withdraw controversial clauses from the UK Internal Market Bill which could see the UK tear up parts of the Brexit divorce deal.

European Commission vice president Maros Sefcovic reiterated calls for the UK to withdraw provisions in the Internal Market Bill overriding the Brexit Withdrawal Agreement by the end of the month.

Speaking separately, Irish Taoiseach Micheal Martin said without a U-turn on this he feared a trade deal would not be possible.

But the Prime Minister’ official spokesman said: “The Bill has been supported by the House of Commons and will continue its passage through the House of Lords.”

There was “no change in our position”, he said, with the legislation providing a “vital safety net should agreement not be reached at the joint committee”.

“We continue to work through the joint committee to resolve the outstanding issues and ambiguity,” the spokesman said.

Cabinet Office Minister Michael Gove said the UK will continue to seek to resolve differences with the EU over the legislation.

“But those clauses are there. They are in legislation supported by the House of Commons as a safety net if need be. And those clauses will remain in that Bill.”

Maros Sefcovic said that the UK should not try to use the threat to override the Northern Ireland protocol as a “bargaining chip” in the talks on a post-Brexit free trade deal.

“For us it is very clear that protocol on Ireland and Northern Ireland shouldn’t be a bargaining chip in any negotiations that we have between the EU and the UK,” the European Commission vice president said.

The Brexit transition period, in which the UK has kept to EU trading rules, ends on 31 December.

The UK and EU are yet to agree a deal that will govern their future trade with fishing rights and state-aid long-running sticking points.