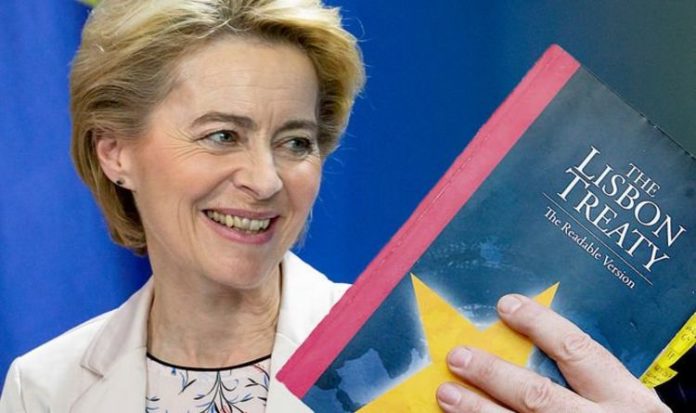 Michel Barnier, the EU’s chief Brexit negotiator, has warned that the next hours of trade talks with the UK will be crucial. As he briefed EU ambassadors and members of the European Parliament on Wednesday, he made clear that the two sides have not yet overcome their divisions. He said Brussels and London need to assess by the end of this week whether there is a possibility to reach agreement in the future-relationship discussions, warning that key sticking points remained in the areas of “level playing field” conditions for business, EU fishing rights in UK waters and how any trade deal might be implemented.

Mr Barnier cautioned: “As issues stand, it is not possible to say if a deal will be there.”

When asked why a trade deal had not already been secured by chairman of The Spectator Andrew Neil, Wolfgang Munchau of EuroIntelligence said: “Both sides are to blame. The EU misjudged the Brexit process from the start and is still misjudging it now.

“There was too much hope that the UK would extend the deadline, they didn’t believe Prime Minister Boris Johnson when he said he would not extend, they didn’t expect to be in this position now.

“The assumption has been in Brussels that the UK needs a deal more urgently than the EU, and for that reason the UK has an interest in conceding.”

However, a throwback interview by Giuliano Amato, a former Prime Minister of Italy, who helped draft the European Constitution and Lisbon Treaty, suggests something else entirely.

In order to leave the bloc, Britain had to invoke Article 50 of the Treaty on the European Union, which started a two-year process of withdrawal.

Mr Amato, who wrote the now infamous Article 50, claimed it was largely for show.

“My intention was that it should be a classic safety valve that was there, but never used.

“It is like having a fire extinguisher that should never have to be used.

“Instead, the fire happened.”

Mr Amato went on to describe Brexit as a “disaster”, dubbed former Prime Minister David Cameron “mad” for calling a referendum over it and urged other countries not to follow suit.

The europhile’s claims expose an ugly truth, which is that Article 50 was designed specifically so that no member state would contemplate triggering it.

In October 2016, Mrs May announced she would formally trigger the Article in March 2017.

The notice conveniently gave the EU six months warning of what was to come while, at the same time, locked Britain into an impossibly tight schedule to prepare its case.

Political commentator and journalist Jim Edwards wrote in a report for Business Insider: “The two-year clock in Article 50 controls the entire negotiation: Any member of the 28-nation bloc that triggers it is automatically ejected from the EU with or without a deal after two years.

“It can only avoid the two-year deadline if it agrees to a humiliating reversal or obtains a highly unlikely extension to the negotiation period. ( The law is currently unclear on whether Article 50 is irrevocable.)

“The most important thing is that the EU has no interest in giving Britain a good deal. Quite the opposite: The EU is incentivised to demonstrate to other European countries that exiting the EU leaves you in a worse position than staying inside it.

“So it is actually to the EU’s advantage to not negotiate at all, and just let the UK flop out of the EU with no deal.

“‘No deal’ is the least advantageous position for Britain, because it comes with no formal access to the European market.

“Once Article 50 is triggered, the EU can run out the two-year clock, until Britain is ejected in a ‘hard Brexit’ without any of its demands or requests being met.”

According to Mr Edwards, Mrs May’s best strategy would have been to try her hardest to start informal negotiations and get an exit agreement in principle before pulling the trigger, making the Article 50 trigger itself a mere formality.

Greenland’s lengthy departure from the bloc in 1985, even if different, should have also set alarm bells ringing about triggering a two-year timeline.

Greenland became the first and only autonomous territory to leave the European Economic Community (EEC), the precursor to the EU, after a referendum was held in 1982.

As part of the Danish Kingdom, Greenland had joined the bloc in 1973.

However, not long after its entry, the country started fighting for its independence.

Former Danish foreign minister Uffe Ellemann-Jensen, who was involved in the Greenland exit negotiations, warned Britain in 2016 that Brexit was going to be a lengthy and complicated process.

The politician said: “Negotiating Greenland’s exit was a fairly simple task that resulted in a relatively simple and easy to understand protocol.

“That took three years. Britain will take much longer.

“It’s impossible to say how long.”