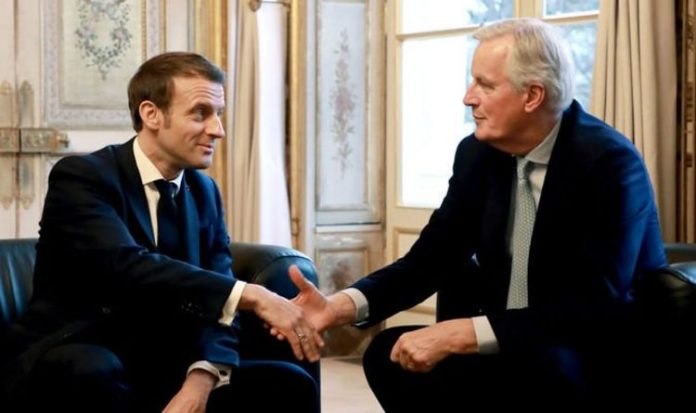 He could be ready to walk away from the trade talks if the fishing row is not resolved in time for the “stock take” on progress in the negotiations by EU leaders in Brussels. A senior Government source said: “Fishing is one of the major divisions.” EU chief negotiator Michel Barnier is understood to be on the brink of a climbdown over fishing rights but some European governments are still pressing him to stand firm on the issue.

He is due to hold informal talks with Mr Johnson’s Brexit envoy Lord Frost in Brussels today in the latest attempt to make a breakthrough in the negotiations.

In a phone call to Paris on Saturday, the Prime Minister told French President Emmanuel Macron of the urgent need for the EU to recognise that the UK will regain full control of its territorial waters when the post-Brexit transition out of EU rules concludes on December 31.

Following the call, one of President Macron’s ministers yesterday predicted the trade talks will continue beyond next week’s summit and into November.

Clément Beaune, a minister for European affairs in the French government, said: “There needs to be an agreement in the coming weeks. That means around the beginning of November.

“We must not lose our calm in the final days of negotiations because that is sometimes when bad concessions are made.”

France is a leading member of the “coastal eight” group which is digging in hardest on the fishing issue.

A UK Government source told one Sunday newspaper: “We need an end to the attempts to manipulate the process that the EU side have unsuccessfully used to try to generate tactical advantage in the negotiation.

“It’s absurd that the EU are using such obvious tactics to filibuster and run down the clock. Ultimately we must stop treading water, otherwise we will simply drown.”

A Whitehall source added: “We now need the EU to urgently up the pace and we need to make progress in these coming days if the process is to stay a meaningful one.”

A report from a Eurosceptic think tank yesterday forecast that the Prime Minister’s hopes of a Free Trade Agreement based on Canada’s relationship with the EU are set to be dashed.

The Centre for Brexit Policy concluded that in a dozen key areas the UK was on track to strike an agreement with Brussels that falls far short of the deal that the EU reached with Canada.

It said that the Brexit Withdrawal Agreement and Northern Ireland Protocol hammered out between the Government and the EU last year wrecked chances of a Canada-style deal.

John Longworth, the director-general of the Centre for Brexit Policy, said the agreement contained “poison pills that make it an unacceptable basis for finalising the terms of our departure from the EU.”

He added: “If we stick with the Withdrawal Agreement/Northern Ireland Protocol, we may never fully take back take back control. Instead, we will find that we are entangled in EU law for years to come.

“We will be under a legal international duty to pay them fines and bailouts and comply with their rules in key areas such as checks on traded goods, product standards, access to our fishing grounds, and subsidies for our industries, especially vital in the time of Covid.

“On top of that, the proposed trade arrangement is totally unbalanced. It does nothing for our economic strong-point – sales of financial and professional services – while safeguarding the EU’s trump card, sales of manufactured and agricultural goods into the UK. It is a win, win for Brussels.”

Sir Iain Duncan Smith, a former Tory leader and a fellow of the think tank, said: “A genuine Canada-style deal for the UK would be a great result. This paper goes through the fine print to demonstrate that we are on the brink of signing up to the kind of deal a colony of the EU would be ashamed of.”