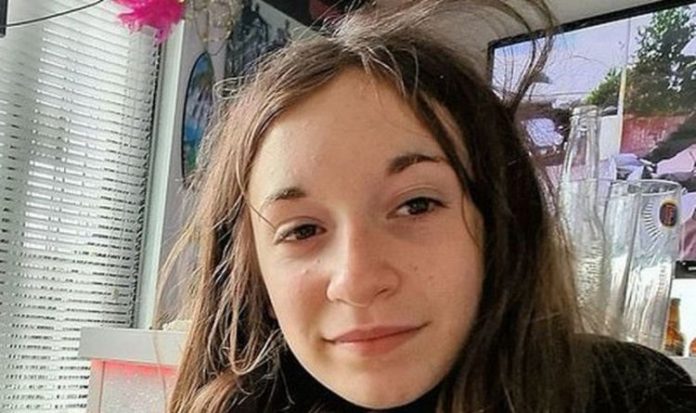 Grace Clarke has been missing since leaving her house in the Hollingdean area of the city at about 9pm last night. She is described as white, 5ft tall with long dark hair.

She was wearing a black hooded top, black leggings and Nike Sliders.

Brighton Sergeant Simon Marchant said: “We, and her family, are enormously worried about Grace and would ask her, if she is reading this, to make contact with either us, her family or a responsible adult.

“There is a possibility she may be taking shelter from the wind and the rain either in wooded areas in the Varndean or Hollingbury areas, or potentially in outhouses or sheds in people’s gardens.

“We are urging everyone to check their premises for signs of Grace and to keep an eye out for her.”

Anyone who sees Grace is being urged to call 999 immediately.

Storm Ellen brought winds of up to 70 miles per hour yesterday.

A holidaymaker died and a teenage boy is recovering in hospital after they got into difficulty in the sea off the Cornish coast yesterday as Storm Ellen struck, police said.

The man, who was in his 50s and from the London area, was pulled from the water near Helston on Thursday afternoon but was confirmed dead shortly afterwards.

The teenager – who is related to the man – is in a stable condition in hospital in Truro following the incident at Church Cove in Gunwalloe.

A Devon and Cornwall Police spokesman said: “Police were called at 2.20pm following reports that a man and teenage boy were in difficulty in the sea.

“Officers attended the scene, along with HM Coastguard and helicopter, the RNLI, and fire and ambulance services.

“Both males, who were from the same family, were recovered from the sea. Despite best efforts by all, the man, who was in his 50s, was confirmed deceased at the scene.

“The teenage boy was airlifted to Treliske Hospital, where he is believed to be in a stable condition and recovering with his next of kin present.”