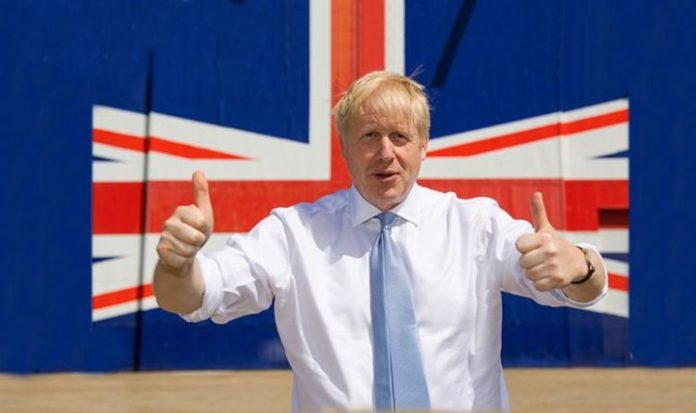 So, as children eagerly peel back the first doors of their Advent calendars and trees start appearing in living rooms across the nation, it’s fantastic that the Daily Express is encouraging us all to spread that festive cheer around UK producers, growers, manufacturers and retailers by buying Brilliantly British this December.

Whatever you’re putting under the tree, whoever will be unwrapping it and wherever you are in the country, you don’t have to look far – either online or on the high street – to find a great British business that has what you need.

From today, even if you’re in a Tier 3 part of England, all your local shops will be allowed to reopen if they’re suitably COVID-secure.

Just don’t forget to wear a mask and keep your distance from other people as much as possible.

This weekend things step up a gear with Small Business Saturday, the perfect opportunity to explore what independent retailers and producers have to offer.

Earlier this week I spoke to a group of small business owners, who told me how this year, more than ever, this day really matters to them, so please do make the most of it.

And to make it all that little bit easier and safer, the Government is going to let shops in England stay open much later than normal for the next few weeks.

That’s going to spread out the Christmas crowds and give you more time and space to find the perfect purchase.

Maybe that will be clothes by an up-and-coming British designer.

Maybe it will be a personalised print from an independent artist.

A lovingly handmade toy from a small independent producer.

A wedge of one of the UK’s countless hundreds of unique named cheeses.

Or something without which, in the Johnson household, Christmas would simply not be Christmas – at least one of the four million bottles of English sparkling wine that are quaffed by UK households every year.

So this December, buy British and shop local.

Because if you do that you won’t just put a smile on the face of the person tearing off the wrapping paper or devouring the Christmas feast.

You’ll also put a spring in the step of the farmer who grew your sprouts, the kitchen table entrepreneur who stitched your son or daughter’s babygrow, the factory worker whose job is secure thanks to your custom.

For so many businesses, 2020 has been a year to forget.

So let’s make this a Christmas to remember by buying British.